BJP To Go With Incumbent Vijay Rupani As Gujarat’s CM, Nitin Patel To Be His Deputy, Says Arun Jaitley

Ahmadabad: The incumbent Vijay Rupani will remain the chief minister of Gujarat as as he was elected the leader of the BJP legislature party in the the state, union minister Arun Jaitley said on Friday while interacting with the media persons. The elected MLAs of Gujarat BJP named Vijay Rupani and Nitin Patel as Chief Minister and Deputy Chief Minister respectively. 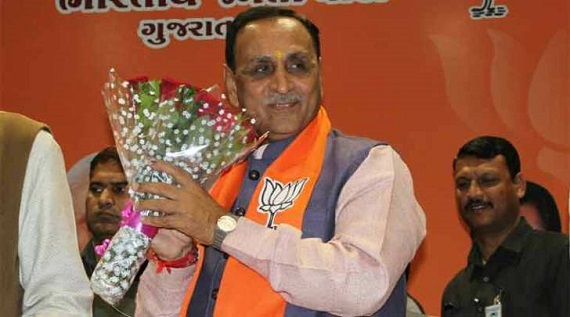 Vijay Rupani was elected as the chief minister of Gujarat. (Express Photo)

It is said that Vijay Rupani is close to BJP chief Amit Shah.

While interacting with the media the deputy CM Nitin Bhai Patel purportedly promised good governance to the people of Gujarat. “I want to give assurance to Gujarat public that I and Vijay Bhai will continue to work for the people with the help of other party members just like our previous government,” he maintained.

Talking about the poll results, Rupani said, “People have given us mandate for 27 years. It is a huge victory that public has shown faith in us all these years,” notes the Indian Express (IE).