As per the latest data available till the time of writing this news, the NDA alliance is leading in 125 seats as opposed to the Mahagathbandhan, which is ahead in 111 seats. The majority mark in the 243-member Bihar Assembly is 122. 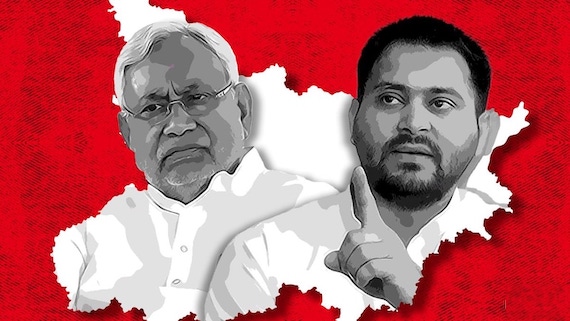 “Even as the Election Commission stated that counting of votes for the Bihar Assembly elections will continue till late in the night, the trends available so far suggested that the ruling NDA alliance has nosed ahead of its rival alliance—Mahagathbandan (Grand Alliance)”, noted The Indian Express (IE).

It seems that the BJP that had remained a junior partner in the NDA in Bihar so far is going to end up having the upper hand.

Notably, the Chirag Paswan-led Lok Janshakti Party’s (LJP) decision to pull out of NDA alliance seems to have backfired while ending up hurting NDA’s prospects.

Meanwhile, it seems that Asaduddin Owaisi-led AIMIM could play a key role in the formation of the next government in case of a hung assembly.

As per the latest available trends, the AIMIM has taken a sizeable number of seats in the state’s Seemanchal region—Amour, Kochadhaman, Jokihat, Bahadurganj and Baisi.

It may be recalled that voting for Bihar Assembly elections had ended on November 7 and most exit polls had given the RJD-Congress-Left alliance (Mahagathbandan) a clear edge over the JD(U)-BJP NDA coalition and have predicted that the ruling government was on its way out.