Fatehgarh Sahib: Shiromani Akali Dal (Amritsar) has expressed deep concerns about the rising poverty and deprivation amongst the poor, jobless, masses and labour without work and wages. The impatience of the masses is rising by the day.

In a statement issued today, SAD (A) president Simranjit Singh Mann said “[t]he Union Government is not paying the jobless labour and workers. On the other hand the Union Government has 80 million tons of food grains lying in go-downs. Some of this grain is rotting”. 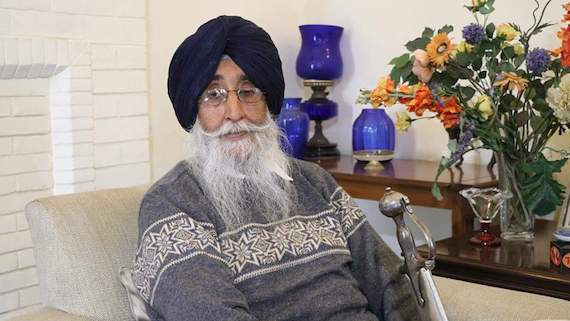 “A record food grain stock is about to be harvested in the Punjab and by the Punjabi farmers in other states. Our party has desired that the Union Government should have begun rolling the Railway wagons to lift the grain stocks from the Punjab and sending them to the areas where the stocks are low and where people are on the verge of starvation”, he added..

“Our party is of the opinion that unless the food grains are not lifted and distributed to the poor and the needy, a law and order situation is likely to arise. The needy people will resort to stealing and then looting the food grains from the go-downs. As such we request the Union Government to get moving and feeding the poor who are at the starving point. This is urgent”, SAD (A) president added.

He said that the Union Home Minister Amit Shah was worried about Pakistan but unfortunately he had no information about the internal unrest in his own country. “The BJP-RSS should stop its fear of Muslims, Sikhs, Schedule Castes, Tribals and the Minorities”, added Simranjit Singh Mann.