New Delhi: A day after India’s National Investigation Agency (NIA) gave a clean chit to Sadhvi Pragya and four other accused in the 2008 Malegaon blast case, the Aam Aadmi Party (AAP) on Saturday (May 14) said the Narendra Modi led BJP government at centre was trying to save the Hindutva fountainhead RSS and its leaders.

“Ever since BJP has come to power it has made several attempts at saving terror accused belonging to radical Hindu organisations such as RSS and its cadres,” AAP leader Ashish Khetan said. 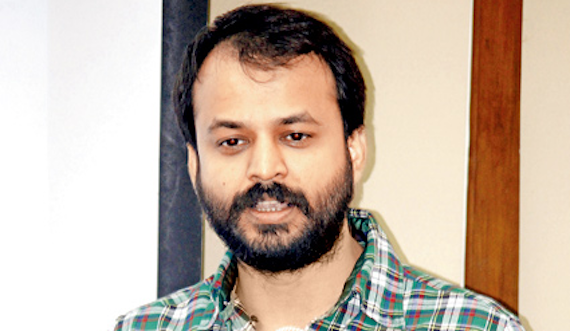 Ashish Khetan further said that by dropping Sadhvi Pragya’s name from the chargesheet of Malegaon blast case and calling Hemant Karkare’s investigation dubious, the NIA has insulted him.

He added that it was shameful for the country and the NIA must apologise for it.

Khetan also alleged that when the Mecca Masjid blast case was transferred to NIA from CBI, the latter in its internal report had mentioned that Rashtriya Swayamsevak Sangh (RSS) cadres and its top leaders were involved in terror activities and that it must be probed.

“The CBI had suggested to take action against some RSS leaders. It was also supposed to arrest RSS leader Indresh Kumar but the case was transferred. The NIA has slowly weakened terror cases against radical Hindu leaders,” Khetan said.

The NIA on Friday gave a clean chit to Malegaon blast key accused Sadhvi and five others, paving the way for their early release from prison. (READ MORE: 2008 Malegaon blast: Charges dropped against Sadhvi Pragya, 4 others).