New Delhi: The Central government of India today revealed the names of more than 600 Swiss Bank account holders who are reportedly holding the “black money”. The government reportedly aubmitted a list of more than 600 black money account holders in a sealed envelope a day after the Supreme Court of India directed the Modi government to furnish the names of all individuals and entities in its possession who have accounts in overseas banks, legitimate or otherwise.

The SCI directive came after the government on Monday gave the court the names of seven individuals and one company, alleging they had funds in bank accounts abroad over which proceedings had been initiated for tax evasion. 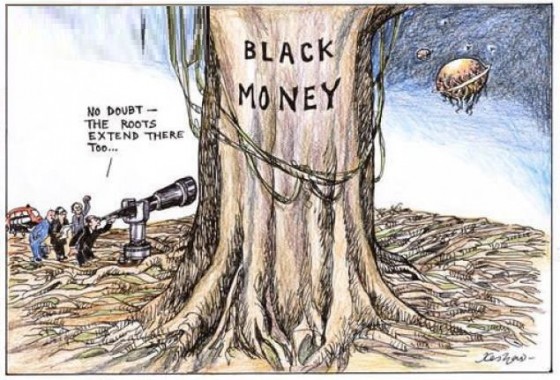 A Supreme Court bench headed by Chief Justice HL Dattu had told Attorney General Mukul Rohatgi that the government needed to just disclose the names in a sealed envelop and the court would decide whether it should be investigated upon and by whom. “First give us the names. We will get them investigated. Not just one, two, three (names), give us in a sealed cover what you have got from the French, German and Swiss governments,” Chief Justice Dattu said.

A news on ZeeBusiness says when Rohatgi told the court that tax authorities were probing the accounts, the chief justice said: “Why do you want to take the trouble of investigating? Give it to us. We’ll direct the CBI or tax authorities to undertake investigation in a month’s time.”

Rohatgi tried to persist further. “I have the list of 500 names, some of them are sketchy,” he said. But the bench, which included Justice Ranjana Prakash Desai and Justice Madan B Lokur, did not heed.

“Soon after the court’s directive, Finance Minister Arun Jaitley said the names as sought by the Supreme Court had already been given to the Special Investigation Team (SIT) appointed by the government at the behest of the apex court” report on ZeeBusiness reads.

“Since the government had already given, on June 27, the entire list to the SIT, it has no difficulty in giving it to the court. The entire list would be placed before it by tomorrow morning,” Arun Jaitley told reporters.