After Bomb Attack On RSS Office, CPM Office Burned Down In Kerela

Kozhikode:  As per the media reports emanating from Kerela, the office of the communist party Marxist (CPM) has been burned down in Kozhikode district hours after crude bombs were hurdled on Thursday at RSS office in Nadapuram district of Kerela in which four RSS workers were reportedly injured. 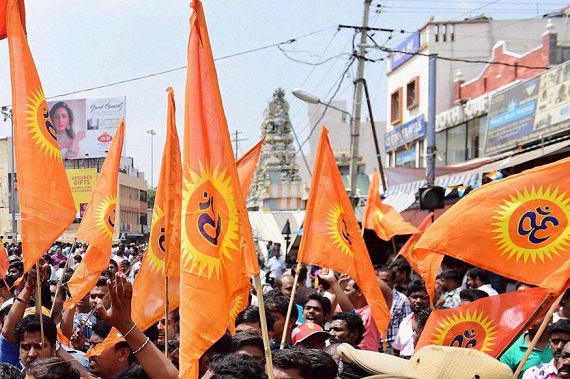 The office door was broken and the structure was set on fire, police said adding that they suspect BJP-RSS activists behind the attack.

Earlier, two workers suffered injuries to the abdomen and legs and have been admitted to the Kozhikode Medical College Hospital (KMCH), after a bomb was hurled at the Rashtriya Swayamsevak Sangh office around 8.30 PM, police told the media.

Two of the other injured have been taken to a private hospital here, police added. Investigations are underway to ascertain the motive behind the attacks.