Chandigarh: A book on “Ideological Encirclement of the Sikhs after the Massacre of 1984” will be released on 20 June. The book titled “Teeje Ghallughare ton baad Sikhan di sidhantak gherabandi” is authored by Sikh intellectual and historian S. Ajmer Singh and published by Singh Brothers (Amritsar). This is fourth book of an ongoing book series – Vihvin Sadi Di Sikh Rajneeti (Sikh politics of 20th Century). 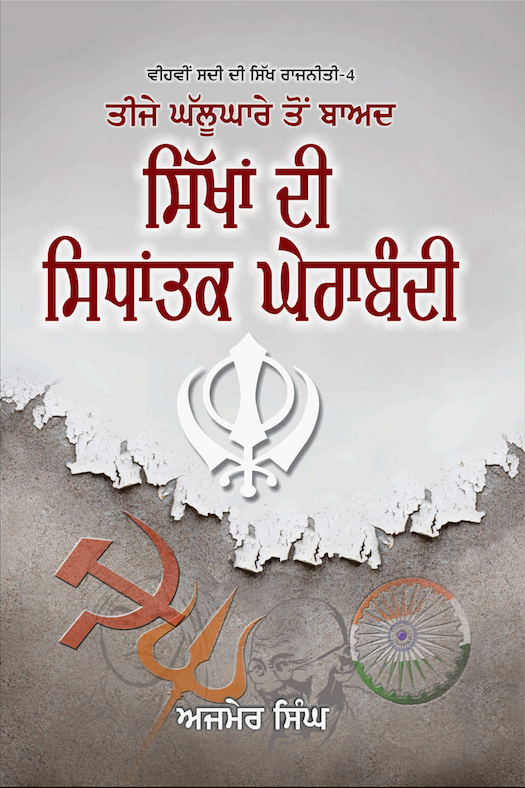 As the title suggests, the book explains the “ideological encirclement of the Sikhs by the Indian state after the massacre of 1984”.

An official Facebook page for the book was launched yesterday (on June 11). To get recent updates on this book, please like this page: https://www.facebook.com/sidhantakgherabandi