Pune:  The Ramjas College, Delhi conflict is seems to have spread out in the other parts of the country. As per the latest media reports the activists of Akhil Bharatiya Vidyarthi Parishad (ABVP) the student body of the RSS clashed with those of the Students Federation of India (SFI) at Savitribai Phule Pune University. 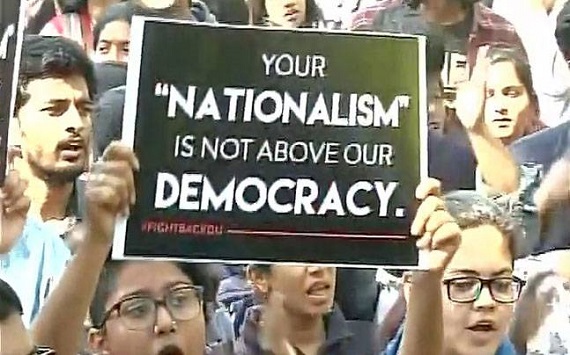 The clashes erupted last night after some SFI activists put up posters on the Delhi University’s Ramjas College controversy.

Five students are said to have received minor injuries in the clashes between the two groups.

In the view of tense situation prevalent after the clash  the local administration has deployed police force on the campus, furthermore the police is recording statement of those who were involved in the tussle and those who were injured.

Media while reporting on this matter said that it all began when the activist of SFI pasted poster pertaining to the Ramjas College incident, on the other hand the activists of ABVP  burnt an effigy of JNU student Umar Khalid on Friday in the Pune University campus. To which both the student unions went to Chaturshringi police station, near the university campus to register complain against each other, said the duty officer, which later on ensued in a violent clash among these student group.