Brussels: Following intense two day discussions facilitated by Sikh Council UK, sangat unanimously agreed on June 11, 2017 to rise above their differences and work towards building community cohesion and improving governance. They formed a committee of consensus and will be a task group to progress on a number of key areas.

A general meeting will be held during September 2017 to agree a new constitution, revised financial procedures and processes for dealing with complaints, handling disputes and disciplinary matters. 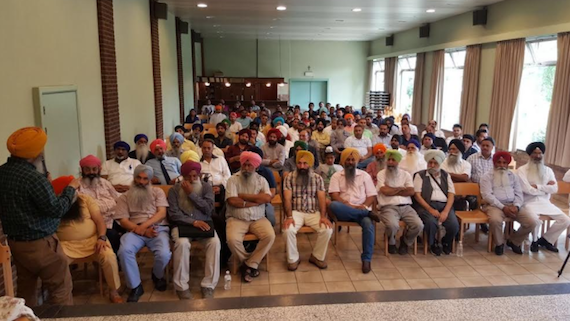 From now on the following Management Committee will be responsible for the operations of the Gurdwara Guru Nanak Gurdwara Sahib, the members are confirmed as:

Secretary General of Sikh Council UK Gurmel Singh stated “we are delighted that the sangat has come together in a spirit of shared endeavour to re-open and enhance the Gurdwara Sahib, we will continue to provide support and guidance towards building community cohesion and good governanance”.

The Gurdwara Committee will be approaching the Mayor of Vilvoorde in the coming days to request the re- opening of the Gurdwara Sahib.