Jammu: As per media reports armed persons today attacked a BSF convoy on Jammu-Srinagar main highway in Udhampur killing two personnel of the border guarding force and injuring 11 others. The state police maintained that one of the two gunmen involved in the strike was shot dead in retaliatory fire and the other was captured alive. 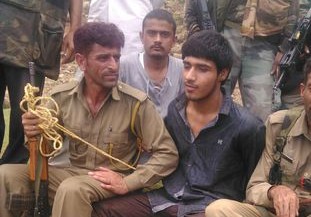 The Tribune (TT) quotes Udhampur Deputy Commission Shahid Iqbal Chaudhary saying that [t]he militant, who had taken three persons hostage in a school in a village near the area, was arrested after an operation was launched by the Army and the police.