USA: A man suspected of vandalising the parking lot of a Sikh Gurdwara earlier this month has issued an apology to the community.

“I honestly wish I could turn back the hands of time and prevent myself from doing something with such stupidity to it,” said the man identified in a clip posted by the Sikh Coalition to Facebook as Brodie Durazo, 20.

The Buena Park man, according to police, was arrested on suspicion of vandalism at a place of worship.

“The amount of shame I feel brought upon myself now I can’t even begin to explain,” he said. “Not only did I disrespect you, your religion, your beliefs, but I also disgraced myself, my family, and my Christian beliefs.”

Durazo explained that he had consumed heavy amounts of alcohol on the night in question. 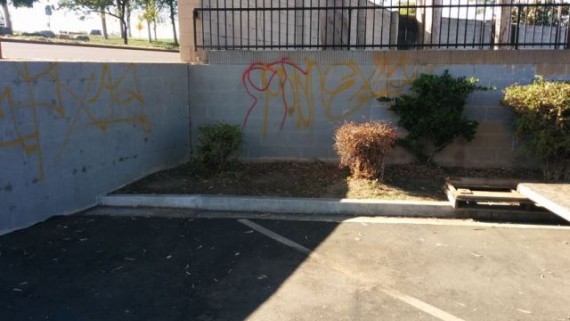 The vandalism across the walls of the parking lot as well as on the trailer of a truck at the temple on Orangethorpe Avenue in Buena Park was reported on Dec. 6,, according to police.

While most of the graffiti was illegible, there was a reference to ISIS, specifically a statement that said: “[Expletive] ISIS” as well as the word “Islahm.”

“I do offer my sincere apologies … and hope you can come to a realization that I did not mean for the gurdwara to feel targeted,” he said. “I have lived alongside this temple for many years of my life and have never once seen you as anything but a peaceful people.”