Chandigarh: Dal Khalsa today fired a salvo against the Union Home Ministry for directing the Censor Board to withdraw clearance to Punjabi film ‘Mastermind Jinda-Sukha’ on flimsy grounds.

Ranbir Singh and Avtar Singh both members of working committee lambasted the Censor Board for toeing the line of the Home Ministry instead of taking independent decision on merit. They said the film was based on historical facts and developments that occurred in Punjab during the days of militancy. 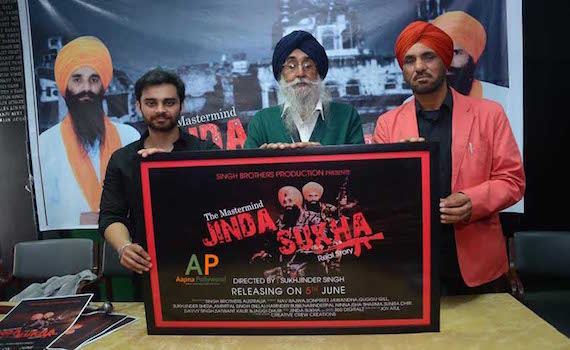 Time and again, the Government of India shows its anti-Sikh mindset, said they. Accusing the GoI for adopting double standards vis-a-vis Sikh sentiments, they said all pleas of Sikhs to ban ‘Nanak Shah Fakir’ film that challenged the basic fundamentals of Sikhism and principles fell into the deaf ears of the government. Whereas, the same dispensation swiftly “ordered” the censor board to withdraw the clearance given to the film under the false pretext that it would vitiate the peaceful atmosphere of Punjab. “This observation is a figment of imagination of govt’s secret agencies that has clear agenda of hurting the Sikh sentiments one or the other way  “, said they.