New Delhi: Opposition parties unity got boost on Thursday (May 31) as the BJP faced defeats in 11 of the 14 by-elections. The regional forces emerged on top of electoral charts in these by-polls.

The ruling BJP faced a crushing defeat in Uttar Pradesh’s Kairana parliamentary segment where Tabassum Hasan, the joint nominee of Rashtriya Lok Dal and Samajwadi Party — backed by Bahujan Samaj Party and Congress — defeated Mriganka Singh by around fifty thousand votes. The BJP had won Kairana segment by over two lakh votes in the 2014 General Election. 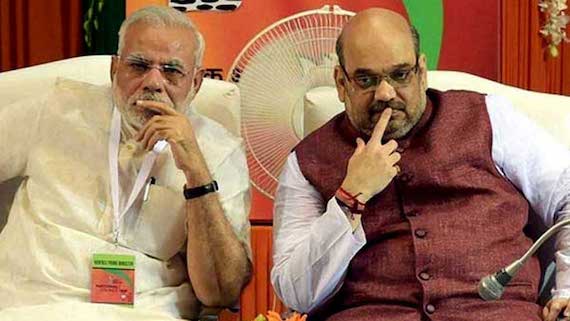 Of the four Lok Sabha seats where bypolls were held on May 28, the BJP led NDA managed to retain two seats. BJP candidate won Palghar in Maharashtra, where it defeated a Shiv Sena candidate. The Nationalist Democratic Progressive Party, a BJP ally in the North-East, bagged the Nagaland segmentKairana went to the kitty of a united Opposition; Congress’ UPA partner NCP snatched Bhandara-Gondia in Maharashtra from the BJP.

The BJP lost 9 of 10 state assembly seats where the bypolls were held on May 28.

The BJP managed to retain only Tharali in Uttarakhand. In UP, it lost the Noorpur seat to SP’s Naim-ul-Hasan, who was propped up by the joint Opposition. Lalu Prasad’s RJD claimed sweet revenge in Bihar by wresting the Jokihat seat from the Nitish Kumar-led JD(U), which deserted the Opposition ranks some time ago to go and settle with the BJP.

Maheshtala in West Bengal went to the Mamata Banerjee-led TMC though the BJP was second, pushing the state’s old players CPM and Congress far behind.

In Kerala’s Chengannur, the ruling CPM-led LDF won comprehensively while Silli and Gomia in Jharkhand went to the Jharkhand Mukti Morcha. In Punjab Congress bagged Shahkot seat that was earlier held by SAD (Badal)-BJP combine.

The results gain significance in wake of the fact that general elections are due in 2019.