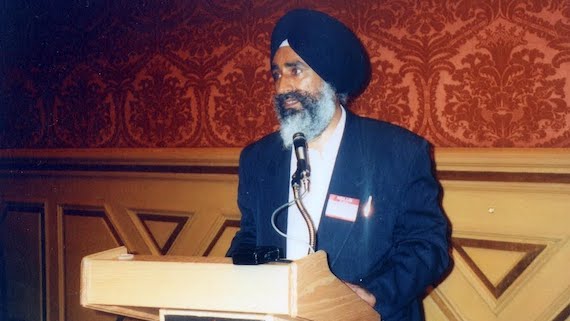 Shaheed Jaswant Singh Khalra was himself subjected to enforced disappearance by Indian state’ police and was secretly killed. On 6 September 1995, he was abducted by the Indian state’s police from outside of his house in Amritsar.

Issuing an official proclamation on 24th of August 2002, Burnaby Mayor Mike Hurley said that he was honoured to proclaim September 6 as Jaswant Singh Khalra Day.

The proclamation says further that “the City of Burnaby honours the Sikh history and culture, Jaswant Singh Khalra’s place in South Aisan history, and the City of vlaued relationship with the Sikh community and its strong commitment to social justice”.

Thank you to @CityofBurnaby and everyone involved for proclaiming September 6th as Jaswant Singh Khalra Day and recognizing the grave injustices suffered by the Sikh community at the hands of the Government of India. pic.twitter.com/KVQaRK4FtN


⊕ COPY OF PROCLAMATION ISSUED BY CITY OF BURNABY: