He reached the holy Darbar Sahib  shortly after 6 am in the morning and spent around 15 minutes inside its sanctum sanctorum. 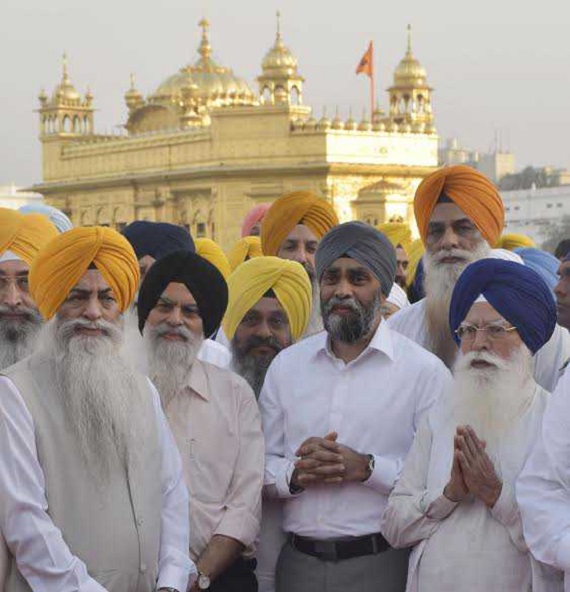 As reported by the media Harjit Singh Sajjan was supporting grey dastaar and a white shirt, he took a round of the complex and spent over an hour on its premises.

The Canadian defense minister had reached the holy city of Amritsar from New Delhi on Wednesday evening, SGPC president Kripal Singh was also present when the minister reached the shrine.

The minister will be in Chandigarh on Friday where he would inaugurate the new office of the Consulate-General of Canada.