Canada: After being dismissed wholly by the diaspora, the Canadian government heavily criticised the Badal government adding further to their embarrassing experiment abroad.

A day after Punjab Minister Sikandar Maluka criticised the Canadian police and authorities over a protests during an Badal Dal meeting at Abbotsford, the Canadian Defence Minister Jason Kenney told a reporter, ‘Punjab Govt should address it’s problems before telling us what to do.’ 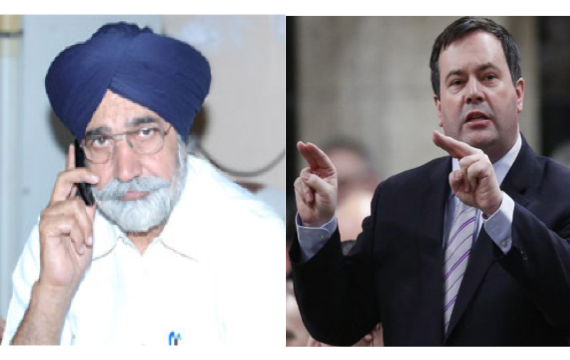 ‘Go home and deal with the serious problem of drug crime that is taring up many aspects of Punjabi society, maybe they should deal with god knows.I sat down with Chief Minister Badal Singh on multiple occasions and pleaded to him to have the Punjabi state authorites and officials to work with out counselor to crack down on the industry of the unscrupulous and fraudulent immigration agents who exploit Punjabis wanting to come to Canada.And So often these guys get arrested and then they are on the streets again. So I think there are enough problems to deal in Punjab.’ Jason Kenney.