Ontario: If reports in certain sections of the Canadian media are to be believed, Canadian Prime Minister Justin Trudeau may not meet Punjab Chief Minister Capt. Amarinder Singh during his visit to the state. Canadian PM is set to visit Panjab, along with other members of the Canadian cabinet, in few days.

A report in the CBC reads: “Prime Minister Justin Trudeau will not meet with the Indian politician who has publicly accused members of Trudeau’s cabinet of being connected to the Sikh separatist movement”. 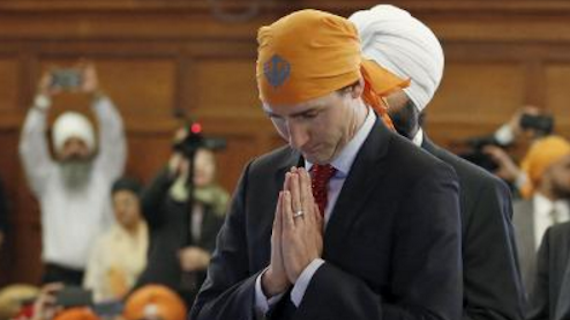 The report further adds: “Despite Indian media reports that Punjab Chief Minister Amarinder Singh is to be Trudeau’s tour guide at the [Darbar Sahib] in Amritsar during a state visit to India that begins Sunday, officials in the Prime Minister’s Office say no meeting is planned”.

“We have nothing planned with him at this time,” CBC quotes an official of Canadian PM’s office, whose name was withheld by the CBC.