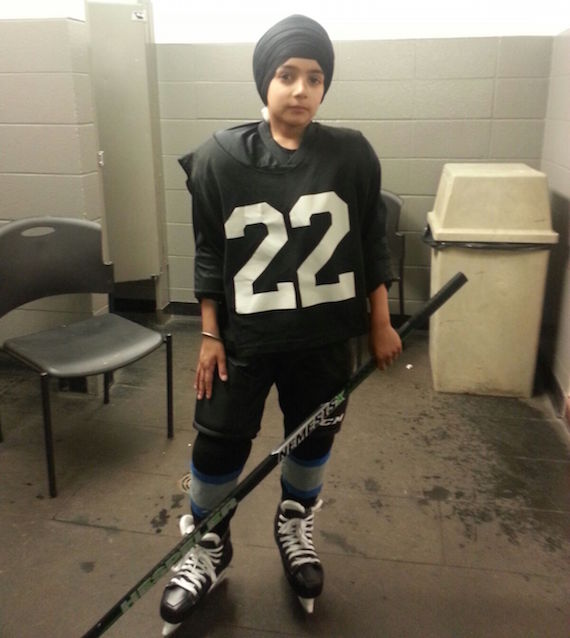 After initiating a dialogue with the Millwoods Hockey Association, it was agreed that Shanvir Singh would be permitted to wear his kirpan underneath his hockey gear, as long as it is wrapped in cloth and secured close to his body.

Shanvir has now returned to the ice and resumed his hockey season.

WSO Alberta Vice-President Tejinder Singh Sidhu said, “given that a hockey arena is filled with dangerous items such as hockey blades and sticks, the issue really wasn’t about the safety of the kirpan but more about helping to understand the significance of the kirpan and how it is accommodated in other settings. We’re glad that the family contacted us for advice and assistance and in doing so, were able to resolve this not just for themselves, but also for other Sikh players who might find themselves in similar situations in the future. We would also like to thank the Millwoods Hockey Association for engaging in an open dialogue and helping to resolve the matter quickly so that Shanvir Singh did not have to lose any playing time.”

WSO offers free advice and advocacy for individuals requiring assistance at their schools, workplaces or elsewhere with respect to religious accommodation issues