Ontario, Canada: On December 16, 2018 a meeting was called at Malton Gurdwara Sahib in the Greater Toronto Area regarding the Liberal Governments use of the term “Sikh (Khalistani) Extremism” in their “2018 Public Report on the Terrorist Threat to Canada.” Members of the Ontario Gurdwaras Committee, Ontario Sikhs & Gurdwara Council, and BC Gurdwara Council hosted the meeting in which members of many other Sikh Jathebandees like World Sikh Organization, Shiromani Akali Dal Amritsar (SADA), and Sikhs for Justice (SFJ) attended and gave their views on the current situation. 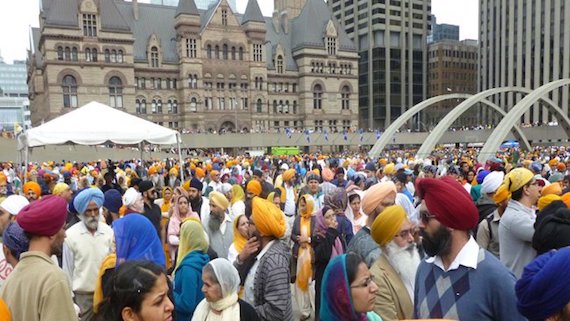 For almost a week now the Sikh community worldwide has been speaking out against this report and its maligning use of the term Sikh and Khalistani. Representatives of Gurdwara councils across the country have been reaching out to Members of Parliament (MPs) since early last week in efforts to demand context to the claims being made in the report. Members of the BC Gurdwaras Council met with MP Randeep Sarai, MP Sukh Dhaliwal, and MP Gordie Hogg (also the Chair of the Liberal Pacific Caucus) in efforts to ensure that the gravity of the situation was understood and that Gurdwaras played their role within the social/political spectrum of Miri/Piri sidhant as well, informed Moninder Singh, President of Gurdwara management committee of Dashmesh Darbar Surrey. 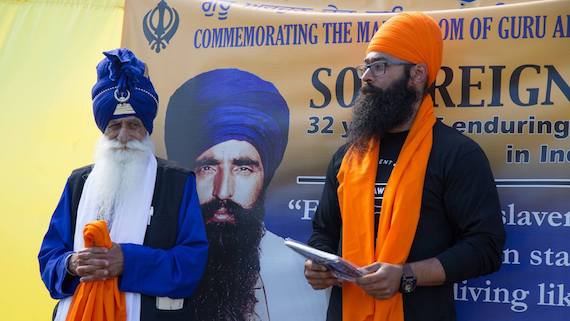 In the opinion of those at the meeting on Dec. 16 at Malton Gurdwara Sahib, the only way context will be made available to the community is if a face to face meeting with the Minister of Public Safety is held immediately and clarification provided around all of the following questions/concerns and more:

1. Why was the term “Sikh” or “Khalistani” used in this report when in previous years there has been no reference?

3. Why does the term “Sikh (Khalistani) Extremism” show up in 3 different places within the report, but it does not show up in any of the activity that are supplementary sections (i.e. financing, travelling, etc.) which are supposed to provide context to the reference itself?

4. Who drafted this report and who are the signatories to its release?

5. Will the Liberal Government immediately remove the report online until meetings with Sikh community representatives are complete and appropriate modifications are made to the report (as per Minister Goodale’s direction)?

It was agreed to at the meeting that Sikhs call upon the Minister of Public Safety Ralph Goodale to, in the absence of any evidence, remove the sections in its entirety which speak to the Sikh community. Any further action in the form of campaigns and media output will be dependent on the outcome of the meeting which is to be held before December 21, 2018.

“We are confident that in the coming days we will have the opportunity to have a discussion around this issue with the Minister of Public Safety and learn the reasons why the Sikh community has been maligned and made to be a terrorist threat to Canada”, said Moninder Singh.

“Much damage has already been done with Indian media outlets picking up on the contents of the report and disseminating them widely as “evidence” to their bogus claims that the Sikh community in fact is an extremist group of people. While we search for acceptable ways to resolve this issue, it has brought forward a serious concern in the way politics within the Sikh community is currently playing out and just how much accountability our elected officials (especially those from Sikh backgrounds) have to the people that have sent them to Ottawa”, he added.

“Up to the meeting being scheduled with Minister Ralph Goodale, we urge the Sikh sangat to continue applying pressure through emails, phone calls and meetings with your local MPs. It is our activity as a kaum and collective voice that has moved this issue into the public eye and it will only be our collective voice and action that will gain us true understanding to what our position in this country is and how such serious allegations were placed upon us as a nation of people”, said he.