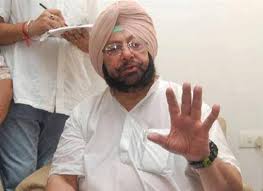 While addressing a rally organised by former MLA K P Singh, Amrinder said that many people of state were in client to are the Aam Aadmi Party in last Lok Sabha election as they were unhappy with both Badal-BJP combine and the Congress party.

Former CM once again opened attack against Chief Minister Parkash Singh Badal and said that Badal was once again leaning towards “Panthic agenda” for his political survival.

It may be recalled that the Aam Aadmi Party had surprised the political analysts and political parties by securing victory on four Lok Sabha seats in Punjab.