Capt. Amarinder objects to use of “Inqlab Zindabad” slogan by Aam Aadmi Party

Chandigarh: Punjab Congress chief Capt. Amarinder Singh has objected to use of “Inqlab Zindabad” slogan by the Aam Aadmi Party (AAP). Amarinder Singh said that the slogan (Long Live Revolution) was used by Shaheed Bhagat Singh to oust British rulers from this region. He maintained that in present days there was no logic behind using this slogan.

“Now do you want to oust Government of India… why are you using a revolutionary word?” asked Congress party chief. 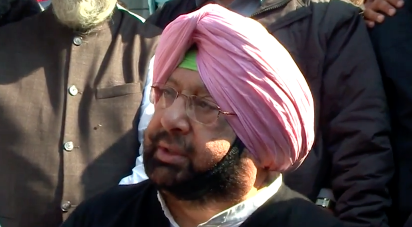 He was talking to media during a press conference at Chandigarh to announce induction of Punjabi singer Balkar Sidhu into the Congress party. Balkar Sidhu was announced as AAP candidate for 2014 Talwandi Sabo bypoll but his candidature was later withdrawn by the Aam Aadmi Party. He was later expelled from AAP for alleged anti-party activities.