Chandigarh: As per the media reports the state police has on Thursday arrested one person in connection with the murder of a Dalit woman in Bhiwani. Five police teams are searching for the other suspects in the case. Two of the three cars that were used by the suspects have been impounded. 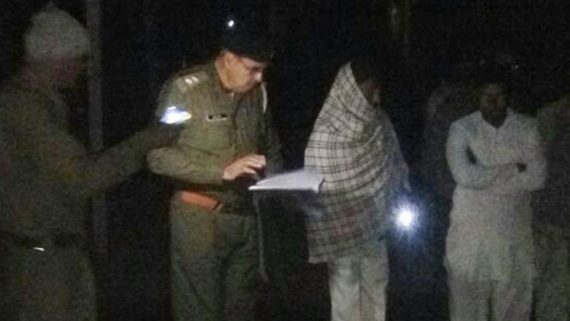 The incident took place at Kakroli Sardara village in Bhiwani on Tuesday night when Dano Devi was hit by a car by the accused after she tried intervening in a dispute between members of her family and some other persons in te the village. The police Thursday arrested one of the accused, Ravi.

Talking with the Indian Express (IE) Loharu DSP Kuldeep Singh said, “We have arrested Ravi from the residence of one of his relatives. The five special task teams that we have constituted are searching for the other accused.

The police further added that it has impounded two cars, including a Balero and an Alto, late Wednesday night. The family members of Dano Devi, in their complaint, had said the accused were in three cars. Ved Veer, the main accused in the case (His car hit Dano Devi, is absconding.