Chandigarh: Police cat turned cop Gurmeet Pinky who was dismissed after conviction in a murder case in 2006 and was recently reinstated and fired again by the government, has reportedly moved to Punjab and Harayna High Court against his dismissal from service.

A life term convict in a murder case, who is also infamous for his involvement in human rights abuses in Punjab, was released prematurely by the Punjab government in May 2014. He was re-instated in Punjab police on May 16, following which he had joined duty at Fatehgarh Sahib. But sensing the controversial nature of the decision the state government set aside his reinstatement on May 20. 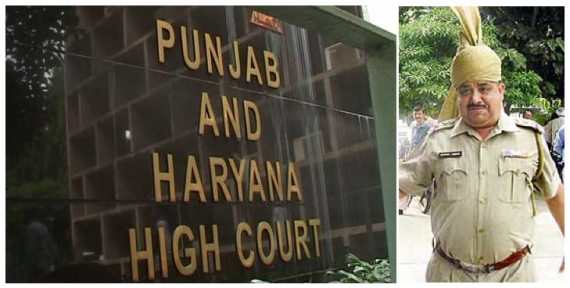 Gurmeet Pinky, in a petition placed before Justice Arun Palli, has challenged Punjab government’s May 20 order. Pinky has alleged that the state government’s order was ban in law. He said that concerned authorities were not eligible to pass such an order.

As per information the petition could not make much progress as the matter was referred to the acting Chief Justice of Punjab and Haryana High Court for appointment of another bench to hear the matter.

It may be recalled that Gurmeet Pinky was a police cat who was later inducted to the Punjab police. He was sentenced to imprisonment for life on September 20, 2006 for shooting a Ludhiana resident Avtar Singh Gola on January 7, 2001. He was granted premature release on May 24, 2014.