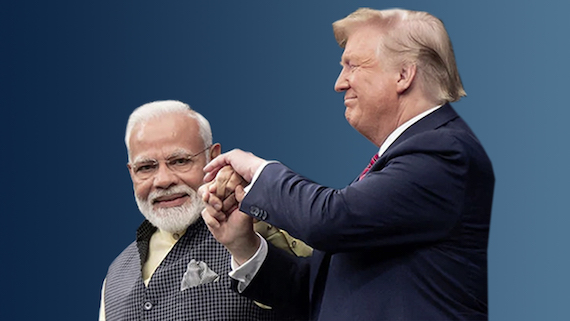 Peacefully protesting against the government is not a crime. Not agreeing with the policies of a government does not make you a traitor either.

Growth of RSS in Public Spheres (Excerpts from a write-up authored by Chinnaiah Jangam*) First phase of growth outside upper castes: • In 1975-77, during ...

Inter-Relation of Politics and Capitalism

As the world’s business elite, political leaders and the chatterati show up at the annual Davos conclave in the Swiss Alps this week, the talk is about “Stakeholder Capitalism”. With reference to Devos conclave C. Raja Mohan* has written a write-up that throws light on the inter-relation of politics and capitalism.

A shameful claim to ownership of Gurbani was made last week by the international TV channel ‘PTC Punjabi’, specifically intellectual property rights over the daily Hukamnama taken at Darbar Sahib, Amritsar.

A writeup titled "Innocents no more", penned by academician and thinker Partap Bhanu Mehta has appeared in The Indian Express's January 7, 2020 edition. Sikh Siyasat has extracted some excerpts of the write-up for the under sub-titled for in order to share it with the readers of the Sikh Siyasat News.

When Nazi Germany passed the Nuremberg Laws in 1935, they made it illegal for non-Germans to be citizens. Germans to prove that they had Aryan ancestry. India’s Citizenship Amendment Bill mirrors those Nazi laws. Instead of segregating people by genetics, it segregates them by religion. It makes religion the basis for citizenship.

October 31 was an eventful Halloween in India. German Chancellor Angela Merkel arrived in New Delhi with an entourage of 12 of Germany’s 16 cabinet ministers.

In more than last three decades, on every anniversary of the 1984 massacre of Sikhs, this author has been reminding [that] how Indian State and judiciary did not bother to punish the perpetrators of this horrendous mass killing of the innocents of the second largest religious minority of [India].

Against the backdrop of the continuing crisis in South Asia, triggered by India’s purported annexation and lockdown of Indian-held Kashmir, the World Sikh Parliament has called for urgent international intervention to prevent a catastrophic war that most military experts expect to be a nuclear conflict with casualties measured in the tens of millions.

It may not be inappropriate here to refer to a school of Nām—culture in the Punjab that must be so called to distinguish it from the Sufis (the Sufis being the Hindu-Muslim School of thought), the Sikh-Muslim School. It is well-known that Baba Guru Nanak was well-beloved of both Hindus and Muslims.

NOTES ON ART AND PERSONALITY FROM THE SIKH VIEWPOINT

First, life. Then, its expression. The plum and the peach, if they are alive, must burst into a white universe of flowers when spring comes.

The design of the Guru’s word is as infinite and inscrutable and as simple as Creation. As the different prophets saw Creation and wondered and uttered Truth as they felt, so is the Guru’s word. All the past prophets and poets of the future come singing. Mere word- weavers, mere music-makers are of no consequence here: they are still paddling in very shallow waters on the shore.

The manner and intent of Indian Establishment in sending of the Indian army to the Darbar Sahib Complex in Amritsar on 3 June 1984 and degradation in the special constitutional status of Jammu and Kashmir on 5 August (2019) bear a lot of similarities. Both actions were sudden and unexpected carried with excessive use of the armed forces. These two events were concerted swoops intended to shock and bamboozle the targeted people of Punjab and Kashmir, thereby, rendering them numb and reactionless.

BJP May Have Expelled Sunita Gaur, But It Has Always Rewarded Communal Violence

Sunita Singh Gaur of Ramkola, Uttar Pradesh, India secured for herself a place in history when she soared to international infamy after an explicit social media summons for “Hindu brothers” to gangrape Muslim “mothers and sisters”.