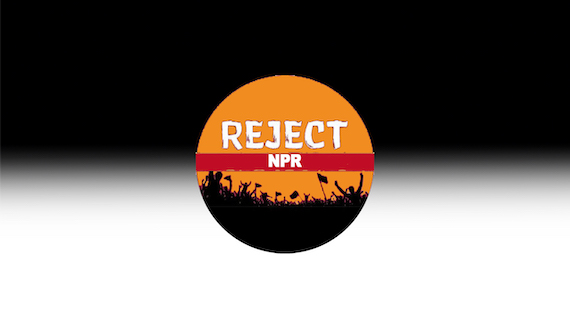 We are economists and social scientists who are deeply concerned about the major implications for the Indian statistical system, of the attempt to combine data collection for the 2021 Census of India with that for the proposed National Population Register.

On 3 February 2020, the City of Seattle became the first in the U.S. to adopt a resolution denouncing India’s contentious Citizenship Amendment Act and proposed National Register of Citizens. The resolution was moved by Councilmember Sawant.

The amended Citizenship law along with a National Register of Citizens (NRC) being planned by the Narendra Modi government “may affect the status” of Muslim minority in India, a report by the Congressional Research Service (CRS) has said.

From the past three days, reports have been doing circles in the British media stating that the Hindu voters of the country through Whatsapp messages have been asked to vote against a particular party in the upcoming general election, accusing the party of being “anti-India” and “anti-Hindu”.

Sikh Research Institute (SikhRI) has published a new unit in the Gurmat Educational Resource for children titled Getting To Know Guru Nanak Sahib.

The month of November 2019 marks the 550th birth anniversary of the founder of Sikhism, Sri Guru Nanak Saheb ji.

The Governor of Connecticut, Nad Lamont has issued a proclamation about the Sikh Genocide 1984 Remembrance Day in Connecticut. Connecticut is one of the states of United States of America (USA).

UK based Sikh Federation on Saturday (Nov. 9) released 'Section 10' of the Sikh Manifesto 2020-2025. The group has been releasing the the document for past ten days, on one section per day basis. The document seek Right to Self Determination for the Sikhs.

The five judges bench of Supreme Court of India (SCI) on Saturday (November 9) ordered that the disputed land in Ayodhya must be given to Hindus to construct Ram Temple.

We spent five days (9-13 August 2019) traveling extensively in Kashmir. Our visit began on 9 August 2019 – four days after the Indian government abrogated Articles 370 and 35A, dissolved the state of Jammu and Kashmir, and bifurcated it into two Union Territories.

A number of Sikhs and Punjabis have expressed their collective opinion on Indian state's move to discard special political status of internationally disputed territory of Kashmir and current situation of the region.

A Punjab based pro-freedom Sikh group- Dal Khalsa, has written an open letter to President of Untied States Donald Trump on Kashmir issue.

A latest report by US Commission on International Religious Freedom noted that in 2018 religious freedom conditions in India continued a downward trend. The 2019 report released few days back notes that religious freedom has come under attack in recent years with the growth of exclusionary extremist narratives—including, at times, the government’s allowance and encouragement of mob violence against religious minorities—that have facilitated an egregious and ongoing campaign of violence, intimidation, and harassment against non-Hindu and lower-caste Hindu minorities.

The Association of Parents of Disappeared Persons (APDP) and the Jammu Kashmir Coalition of Civil Society (JKCCS) yesterday (on May 20) released the first comprehensive report on torture in Jammu and Kashmir titled Torture: Indian State’s Instrument of Control in Indian Administered Jammu and Kashmir.

Shiromani Akali Dal Amritsar (Mann) has written an open letter to the Editor of The Tribune, an English vernacular having its headquarter in Chandigarh. In his letter Simranjit Singh Mann has criticised the policies of The Tribune that are allegedly biased against the Sikhs.

Responding to a news report published by the The Tribune newspaper under title: "Border residents rake pride in Balakot, but 'no politics please', Shiromani Akali Dal Amritsar (Mann) president Simranjit Singh Mann has written a letter to the Editor of the English vernacular.