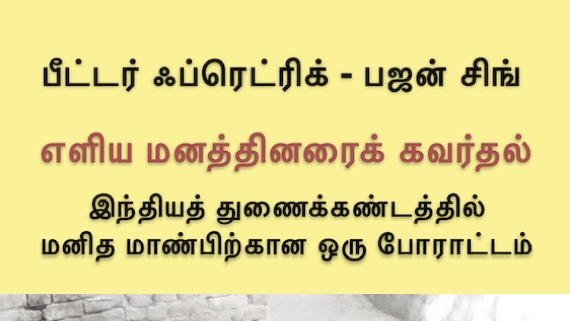 On Saturday, October 12, various minority rights and anti-caste discrimination groups will come together in Fremont to launch the Tamil translation of “Captivating the Simple-Hearted: A Struggle for Human Dignity in the Indian Subcontinent.”

The World Sikh Organization of Canada held its biennial convention on Saturday October 5, 2019 in Ottawa. WSO delegates from across Canada gathered to discuss current challenges facing Canadian Sikhs and to select Tejinder Singh Sidhu as the next President of the organization.

At its meeting on October 10th, Peel Regional Council unanimously passed a motion moved by Councillor Gurpreet Singh Dhillon to denounce Quebec’s Bill 21, which will ban religious articles of faith to be worn by anyone in a public service position.

Protests on Gandhi’s Birth Anniversary in USA: “Gandhi Is Used as a Diplomatic Weapon”, say Protesters

Groups on both the West and East coasts of the U.S. demonstrated against Mohandas Gandhi on October 2, his 150th birthday, describing the occasions as “150 years of racism.”

A Sikh law-enforcement officer was fatally shot during a traffic stop in the US state of Texas on Saturday (September 29).

Sikh, Tamil, Kashmiri and Bahujan Diaspora Groups to Protest Against Modi at UN in New York

Sikh, Tamil, Kashmiri and Bahujan diaspora groups will be holding a protest outside the United Nations headquarters in New York on September 27, 2019 from 11 am to 2 pm.

At the Sikh Federation (UK) Convention a week earlier it was pointed out that some of the issues in the Sikh Manifesto were longer term and required international co-ordination and a global approach to be successfully delivered.

The World Sikh Organization of Canada and its Vice-President for Québec, Amrit Kaur, announced on August 15 that they will be joining the legal challenge to Québec’s An Act respecting the laicity of the State.

In commemoration of the United Nations Youth Skills Day observed during the month of July, United Sikhs announced the graduation for the Class of 2019 students of the annual Advocacy and Humanitarian Aid Academy (AHAA).

Leigh Day Solicitors and Matrix Chambers acting for the Sikh Federation (UK) and the Sikh community first wrote to the Cabinet Office, UK Statistics Authority and Office for National Statistics (ONS) on 22 May 2019 to begin the pre-action process before applying for judicial review.

National Sikh Youth Federation (NSYF)- a Sikh youth group based in England, and Naujawani- an online platform for Sikh and Punjabi youth,  have issued statements supporting the Sikh Youth UK and its' founder Deepa Singh.

The Ontario Gurdwaras Committee (OGC) has strongly condemned the beadbi that took place during the Anand Karaj on Thursday July 4th 2019 at Halton Sikh Cultural Association. "There is no excuse or justification for the events that transpired", the OGC said.

A meeting was held in London between office bearers of the Gatka Federation UK and Guru Nanak Satsang Sikh Gurdwara to discuss preparations for this year’s UK Gatka Championship.