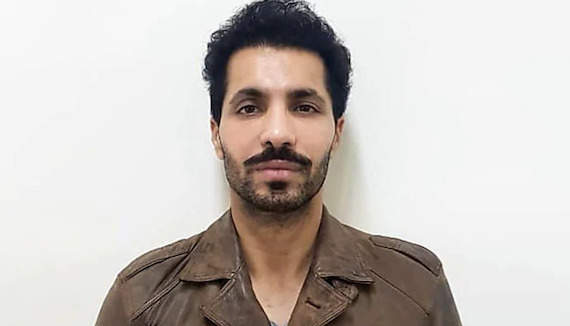 Actor-Lawyer Deep Sidhu, who has been a distinct voice for farmers struggle against new farm laws, is reportedly arrested by Special Cell of Delhi police.

The World Sikh Organization of Canada has released a report shedding light on Indian disinformation campaigns targeting Sikhs in Canada.

Eight journalists who covered the farmer protests in India and violence in Delhi on January 26, 2021 are facing baseless criminal charges, Human Rights Watch said in a statement on February 2. The Indian authorities should drop the charges, which include sedition, promoting communal disharmony, and making statements prejudicial to national integration.

The National Investigation Agency (NIA) of India has issued notices to various activists and relatives of some others in relation to a case registered under Unlawful Activities Prevention Act (UAPA).

On 9 January 2021, Bhai Daljit Singh released the first issue of Sikh Shahadat’s book series. This book is a special issue on Farmers struggle. The book was released at Ludhiana in presence of Sikh Shahadat editor Prof. Kanwaljit Singh, Sikh lawyer advocate Jaspal Singh Manjhpur and others.

Over 100 Conservative MPs, including Ministers have been contacted since Boris's gaffe in PMQs last week on the mistreatment of peaceful farmers protesting in India.

First thing first, a term is to be decided to be given to what farmers in India (especially from Panjab) are doing these days in Delhi, the capital region of India. 'War' or 'Fight' suits the best but we'll continue with 'Struggle' as we still think ‘them’ (Delhi rulers) to be ours and 'war' will be too harsh for it. They are using age expired tear gas apparatus and water cannons in this chilling time on their own people representing themselves for their legitimate rights peacefully. Even when they are preparing stadiums and open grounds into prisons so it is more or less a war like situation.

Dal Khalsa has dedicated this year’s World Human Rights Day (WHRD) to the rights of farmers and political prisoners from Kashmir to Punjab to central India.

Farmers' struggle against new farm laws enacted by the Indian parliament has entered a crucial phase. Sikh Siyasat talked to Bhai Mandhir Singh about various vital issues related to the farmers' struggle. This is full video recording of the talk.

Sikh diaspora sections have written to Clément Nyaletsossi Voule, the Special Rapporteur on the rights to freedom of peaceful assembly and of association. In a written release sent to the Sikh Siyasat News (SSN), the Sikh Federation UK national press secretary Harnek Singh said that their organization has called upon UN to intervene to prevent use of violence by Indian government against the farmers who are peacefully protesting against controversial new farm-laws in India.

Under "Waris Punjab De" campaign by Shambhu Morcha, a discussion was organised at Teachers Home, Bathinda on 19 November 2020. The top of this discussion was "Punjab Centric Agrarian Model".

Saka Panja Sahib, The Sikh History and We the Sikhs

This is video recording of speech of Bhai Mandhir Singh about Saka Panja Sahib and its interpretation in present times.

There was an excellent turnout of MPs for the virtual lobby for Jagtar Singh Johal yesterday marking his third year in detention in India.

London: After Facebook mass censored Sikh posts during #SikhGenocide remembrance movements last week, a meeting was held between dozens of Sikh organisations in the United ...

Terming the Kartarpur corridor as symbol of faith and bonds, the Dal Khalsa and like minded groups and prominent personalities urged the Indian government to reopen this historic pilgrim’s pathway.

To mark the first anniversary of Kartarpur Sahib corridor on Nov 9, the Dal Khalsa along with Akal Federation will hold a meet at Dera Baba Nanak-Kartarpur border.