Rule of Bureaucracy under Badals Not Different Under Amrinder Singh 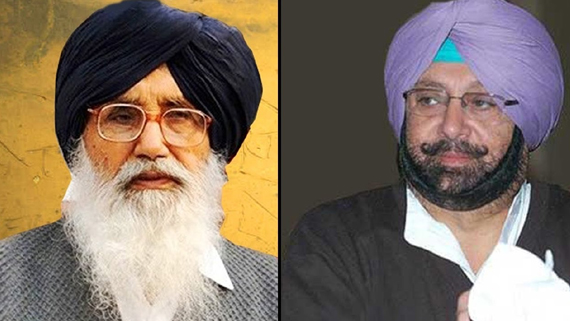 It is rare happening in the past four decades when Punjab ministers forced a defiant Chief Secretary representing ‘real governance’ to be removed from office.

An eye-witness against former DGP Sumedh Saini has recorded her statement with the investigation officer of the Punjab police. Advocate G. K. Mann and her husband were arrested along with deceased Balwant Singh Multani in 1991, when Sumedh Saini was SSP of Chandigarh.

Punjab police have registered an FIR against ex-DGP Sumedh Singh Saini for abduction, torture and elimination of Balwant Singh Multani in a stage-managed case

Advocate Satnam Singh Kaler may have withdrawn from the defence of former DGP Sumedh Saini but controversy triggered by his move to appear for Saini refuses to die down.

About two dozen people from various walks of life have issued a joint statement rejecting vilifying propaganda against Sikh sangat that is recently brought back to Punjab by the government.

Alarmed by accounts of police violence and ill-treatment across India during the imposition of a nationwide lockdown on 25th March, a group of human rights defenders campaigning against custodial violence and torture in India has reminded the Government of India that human rights must be “protected and accountability ensured even in exceptional circumstances”.

India has dropped two places on a global press freedom index to be ranked 142nd out of 180 countries in the annual Reporters Without Borders analysis released on Tuesday (April 21).

Gumbad/Domes of Gurdwara Darbar Sahib, Kartarpur Sahib are intact and Indian media is running a fake news that these have fallen after wind storm.

Chandigarh: It seems that an undeclared emergency has been imposed in Punjab since Sunday’s Patiala Sabzi Mandi incident. Eager to silence dissenting voices, the Punjab ...

Where as the SCI is asking states to release prisoners in wake of COVID-19 breakout, Punjab administration has citied the pandemic to deny parole to a Sikh political prisoners.

Various international human rights organisations have issued a joint release urging the Government of India to free arbitrarily detained Kashmiri prisoners. Indian state imposed widespread restrictions of movement and communication in internationally disputed region of Kashmir after the Government of India changed it's domestic constitution on August 5, 2019 in an attempt to abrogate special political status of Jammu and Kashmir.

Is Coronavirus Airbrone? Check What World Health Organisation (WHO) Says

Coronavirus, which causes COVID-19, has caused lockdowns across the globe. People are concerned to know about how this virus spreads. A concern in this regard, is whether this virus is airbrone? or whether it spreads through air?

OUTJUSTICED-2 : Documentary on Human Rights and Impunity in Punjab

A shameful vilifying campaign against Baldev Singh of Pathlava village and his family is joined by various Indian media outlets and international media outlets like AlJazeera and BBC. Both platforms have carried highly misleading reports vilifying Baldev Singh who was confirmed as COVID19 positive a day after his death on March 19.

DGP Dinkar Gupta’s utterances against Kartarpur Sahib yatra had invited strong criticism from Sikh netizens i.e. Sikhs active over the internet or the social media. After extensive outrage DGP Gupta had to express regret over his remarks.

In the wake of Coronavirus (COVID-19) pandemic, the Government of the Union Territory of Jammu and Kashmir must restore full access to internet services in the region of