Congress leaders Sukhjinder Singh Randhawa, Kushaldeep Singh Kikki Dhillon, Raja Amarinder Singh Warring, Harpartap Singh Ajnala, Fatehjung Singh Bajwa, Kulbir Singh Zira and Barindermeet Singh Pahra said that if Sukhbir Singh Badal is feeling so agitated over the closure report by the CBI then he should immediately ask Harsimrat Kaur Badal to resign from the Union Cabinet as the CBI falls under the Central Government purview. They also challenged SAD (B) President to match his words with concrete action in this regard. 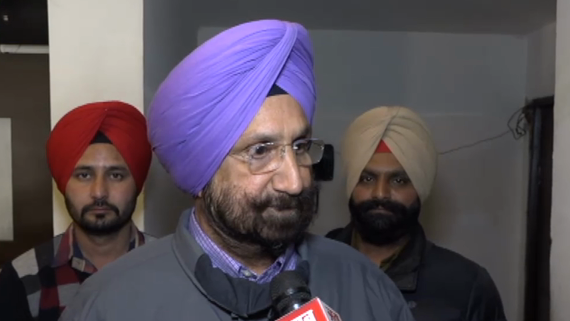 The statement, however, is totally silent on Punjab government’s failure to take back the investigation of Bargari Beadbi cases from CBI despite Punjab Assembly’s August 28, 2018 resolution in this regard.

Congress leaders accused the CBI for acting like a puppet in this case while claiming that CBI is protecting Badals who are the main conspirators in the case. They said that the CBI did not investigate the case properly and come in to action only when Punjab Polide SIT headed by DIG Ranbir Singh Khatra cracked the case and arrested the accused.

They claimed that they had already had apprehensions about the intentions of CBI and “for this very reason Punjab Government withdrew the Kotkapura and Behbal Kalan Police firing cases from the CBI”. But the Congress leaders did not mention that the CBI did not acted on Punjab government’s request to return back the investigation of the cases to the Punjab police.

Political parties of Punjab have turned the beadbi issue into a source of gaining political milage setting aside the feelings of the Sikh sangat.