New Delhi: A CBI Superintendent of Police, who probed a case related to abduction and killing of three persons against former Punjab DGP Sumedh Saini, has turned hostile.

A report in The Tribune (TT) noted that standard replies given by IO Dharampal Singh (now retired) to queries from CBI’s Special public prosecutor Kumar Rajat were like: “I have no knowledge…”, “I do not remember…”, “I do not recollect now” and “I am unable to identify…”. 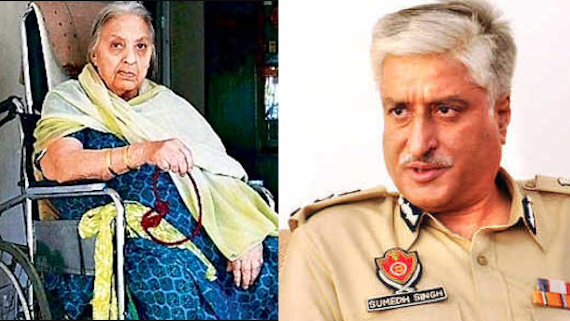 Sumedh Saini is facing trial along with three others for abduction and killing of automobile businessman Vinod Kumar, his brother-in-law Ashok Kumar and their driver Mukhtiyar Singh. While Vinod Kumar and Mukhtiyar Singh were picked up by the police from the parking lot of the Punjab and Haryana High Court on March 15, 1994, Ashok Kumar was abducted from Ludhiana the same day.

As per The Tribune (TT) report Dharampal Singh, who had filed the chargesheet against Saini and three others in the case, was declared hostile after he showed “aggressive behavior” to the special public prosecutor and tried to controvert him “without listening (to) and understanding the query…”

“I cannot say whether the enmity between accused Saini and Vinod Kumar (who went missing) aggravated due to filling of petitions in the High Court by Vinod Kumar and issuance of bailable warrants and contempt notice to Saini,” the IO said in his testimony recorded on July 20.

As he failed to support his own chargesheet, Special Judge Anju Bajaj Chandana noted, “It appears that the witness (IO) has made up his mind to counter every question of the learned special PP”.

According to TT, on yet another occasion, the IO said, “I do not remember whether Ashish Kumar and Pramod Kumar (Vinod’s brother who allegedly committed suicide) had filed their affidavits in the High Court on the directions of Saini to ensure the release of missing persons. I do not remember that Ashok Kumar was taken away by the Punjab Police at the instance of Saini.”

As he contradicted his own investigation, the CBI special public prosecutor cross-examined him. On Monday, he is likely to be cross-examined by the defence counsel.