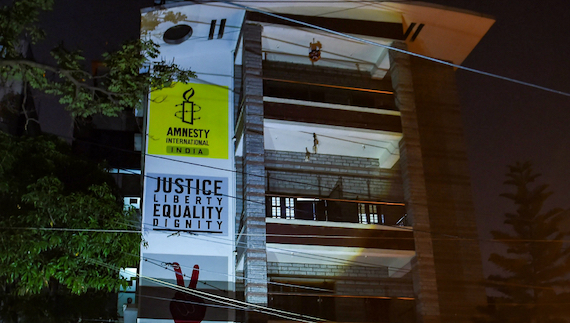 As per media reports, the Central Bureau of Investigation (CBI) on Friday registered a case against Amnesty International India and three of its associate organisations for alleged violation of laws pertaining to Rs 36 crore foreign fundings.

Amnesty International India claimed that it stands in full compliance with Indian and international law. “Our work in India, as elsewhere, is to uphold and fight for universal human rights. These are the same values that are enshrined in the Indian Constitution and flow from a long and rich Indian tradition of pluralism, tolerance, and dissent”, a statement issued by the group reads.

“As part of the Nobel Prize-winning movement, Amnesty International India holds itself to the highest evidentiary standards. Over four million Indians have supported Amnesty International India’s work in the last six years and around 100,000 Indians have made financial contributions. Our work in India, as elsewhere, is to uphold universal human rights and build a global movement of people who take injustice personally”, the statement reads further.