While answering a query, TC Gehlot said that Punjab ranked number one in the country in consumption of drugs. 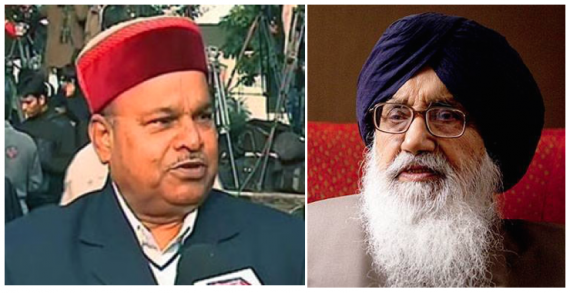 “Our department has conducted surveys from time to time. These have found that the percentage of drug addicts in Punjab is the maximum. North-eastern states Manipur, Mizoram and Meghalaya come next,” he reportedly said.

Gehlot’s statement apparently upset the Punjab Chief Minister so much that he immediately took the mike from the Union minister and condemned his statement. Badal said that Gehlot’s statemen had no basis.

“These surveys were conducted around six years ago. Nobody is bothered from where the drugs flow into Punjab. These come from states like Rajasthan, Madhya Pradesh and Himachal Pradesh,” the CM said.

CM Badal said that his government had been was waging war against drugs and the Centre should be appreciated for this.

It is notable that many prominent leaders of ruling Badal Dal are facing allegations of patronising drugs smuggling and trade in Punjab.