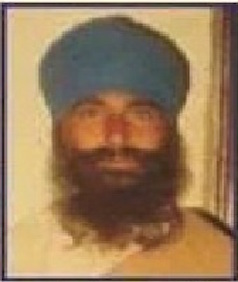 As per information Indian Home minister Rajnath Singh on Monday (Oct. 12) approved the proposal for release of Bhai Wariam Singh, who is lodged in a Bareilly jail since 1990.

Media reports say that Rajnath Singh signed the file for Wariam Singh’s release on “humanitarian grounds” in view of his age and family conditions.

Notably, the Uttar Pradesh government had given a report to India’s Ministry of Home Affairs (MHA) favouring the 70-year-old Wariam Singh’s release on the grounds that his conduct has been very good for the past 24 years and he has never availed the parole.

Advocate Jaspal Singh Manjhpur who maintains the list of Sikh political prisoners has welcomed the move.

“Its a welcome move. As we had clarified earlier also that there were no legal hurdles for granting permanent release to Sikh political prisoners and the release of concerned persons was subject to the political will of the state or central government”, said Advocate Manjhpur.

“Bhai Wariam Singh was convicted under TADA and he is ordered to be release by Rajnath Singh. It shows that despite Supreme Court riders about release of TADA convicts, Sikh political prisoners convicted under TADA may be released using constitutional powers available with the state and central governments, as “, he added, while talking to the Sikh Siyasat News over phone.

Even Badal government can release majority of Sikh political prisoners, whose release is being demanded by various Sikh bodies, but it seems that Sukhbir Badal lacks requisite political will or guts to do so, he added.