Amritsar/Chandigarh: With the Narendra Modi led BJP government at the centre taking an anti Punjab stand in the Supreme Court of India on Punjab’s river waters on Thursday (May 12), the Aam Aadmi Party (AAP) has rebuked SAD-BJP alliance Punjab government for adopting absolutely double standards and committing fraud with the people of Punjab on the issue.

“Not only BJP stands exposed for taking completely an anti Punjab stand on the state’s river water issue in the apex court but it has also unmasked Parkash Singh Badal led Punjab government for being an alliance partner in the centre government in which Harsimrat Kaur Badal is a union cabinet minister”, said AAP’s legal cell head, Himmat Singh Shergill, while addressing the press conference here. 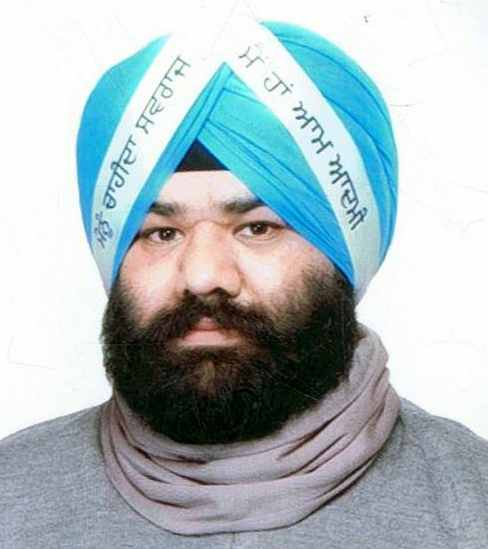 Shergill, who was also accompanied by AAP’s spokesperson, Kultar Singh, was referring to the newspaper reports published prominently in section of the media stating that the Narendra Modi led centre government had taken an anti-Punjab stand on Punjab’s river water issues.

AAP leader said Solicitor General Ranjit Kumar representing the Central government in the Supreme Court has categorically supported the cause of Haryana and Rajasthan and their right over the Punjab’s river waters.

The Solicitor General also claimed that Rajasthan was the part of Indus River Water Basin hence the desert state has “every right” over the Punjab river waters.

AAP leader Shergill said Badal and his party has no moral right to stay in alliance with the BJP at the centre if he had even an iota of respect and affection for the people of Punjab he should apologise and ask his daughter-in-law and central cabinet minister Harsimrat Kaur Badal to resign immediately.

“In fact the stand taken by the centre in the apex court clearly shows that Badal is hand in glove with the BJP and playing a fixed match with the saffron party. Badal’s sympathy towards the cause of Punjab river waters as well as for the farmers of the state is only superficial. Badal’s failure to impress upon Harsimrat to quit Modi government would only be considered treacherous by the people of Punjab “, said Shergill.

Shergill said this is not the first time the union government had taken an anti- Punjab stand on its river waters in the apex court.

Earlier also the BJP led Union Government had filed an affidavit in the Supreme Court “favoring an early completion of the SYL canal”.

Kultar Singh said while senior Badal had been saying that the state had ‘not a drop of water to share’, Harsimrat Kaur Badal stood by Modi government’s stand against Punjab.

Singh said Harsimrat should have stood up against the NDA’s affidavit in the SC favoring the construction of the SYL canal if the Badals were serious on protecting the state’s interests.

AAP is of the firm opinion that Ranjit Kumar has only conveyed the collective opinion of the Modi cabinet to the constitutional bench hearing the SYL matter.

Since Harsimrat Badal is a member of the cabinet as a nominee of Shiromani Akali Dal, it is presumed that the stand taken by the Modi government favouring early completion and construction of the SYL canal is with the concurrence of the SAD and the Badal government, Kultar Singh said.