A bench headed by Justice Paramjit Singh of the High Court held a hearing on 10 March petition.

Advocate Harnam Singh Bhullar pleaded before the court that Chandigarh police’s petition was not maintainable as Jagtar Singh has already been granted bail by a lower court in this case. He said that Chandigarh police’s demand for police remand of Jagtar Singh Tara without challenging bail orders of the lower court was not maintainable under the law. 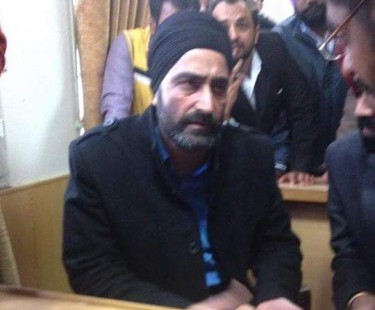 After hearing the arguments the High Court dismissed the petition and refused to grant any police remand of Jagtar Singh Tara in this case.

Jagtar Singh Tara, who had escaped from Burail jail in 2004 along with Bhai Jagtar Singh Hawara, Paramjit Singh Bheora and another, was arrested by Thailand police earlier this year. After his arrest he was deported to India by Thailand authorities. He is facing charges under Punjab CM Beant Singh assassination case. He is also facing charges under the Burail jailbreak case.

It is notable that CM Beant Singh’s regime had unleashed the region of state-terror against civilians Sikh population of Punjab. During Beant Singh’s tenure as Punjab CM, Sikhs were subjected to mass level atrocities and systematic and widespread human rights abuses in Punjab. He was got killed in a bomb blast on Aug 31, 1995.