Chandumajra maintained that the AAP has lost its nerve after overwhelming response to the Sangat Darshan programs of the Punjab CM Parkash Singh Badal, that’s why it is resorting to such stage managed shows to garner the attention of Punjabi people. 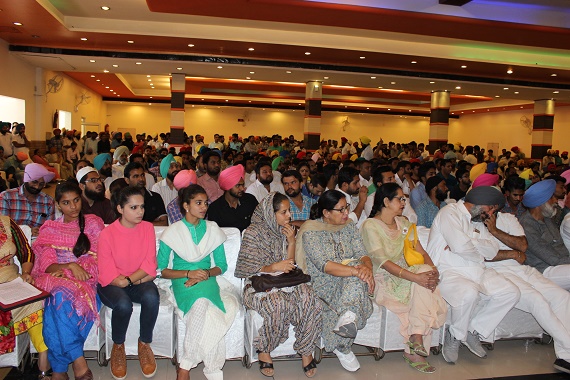 A view of gathering during AAP’s Punjab dialogue at Mohali (April 23, 2016)

Anandpur Sahib MP further said AAP has hugely advertised of its program to be centered on youth and their importance in society but this exercise in wastage was mostly attended by old age people most of whom were hastily assembled to give the whole program a semblance of success.

He said that the dialogue was held lavishly in an A.C. resort with huge amount of hard earned money of people being squandered away.

On the other hand the Aam Aadmi Party has maintained that it’s Punjab Dialogue – Bolda Punjab program received massive response from the youth. First session of youth dialogue was held by AAP in Mohali on April 23.