The current decade has seen one of the most drastic changes in the arena of politics, global trade (Capitalism) and international affairs. We have witnessed unprecedented rise in right wing politics across Europe, Latin America, North America and in the Indian Subcontinent. These political changes are followed with multiple business and trade alliances be it Belt & Road Initiative (BRI) and China Pakistan Economic Corridor (CPEC) by China, or Trans-Pacific Free Trade agreement led by USA (though the US under Trump pulled itself out but new Biden administration is expected to rejoin this). 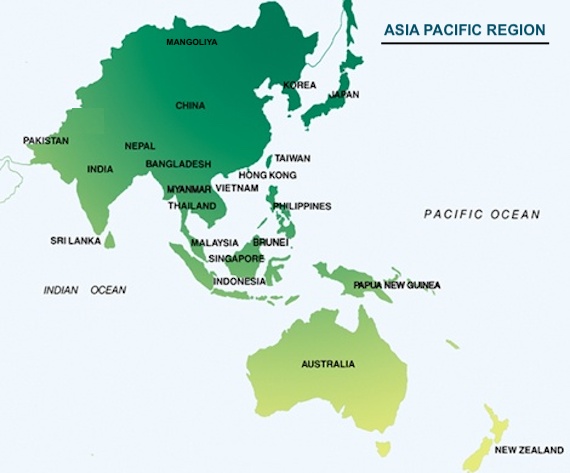 In the year 2011 an opinion article titled “America’s Pacific Century” written by former US Secretary of State Hillary Clinton, can be considered as an initial policy document or ground work for the “Indo-Pacific Strategy” of 2017 which can be considered as a guiding principle of American foreign policy towards South East Asia in general and Indo-Pacific region in particular. In her opinion article Hillary Clinton suggested that for the US in order to sustain its global leadership and maintain its economic interests (political & economic hegemony) US must shift its resources and focus onto Asia-Pacific region, once its withdrawal from Iraq and Afghanistan is completed. She is further of the belief that China, India & Indonesia are some of the emerging mega markets and the US cannot afford to lose such a lucrative economic opportunity. It must be noted here that the South China Sea currently considered as a flash point between China and western powers is rich in Oil and gas reserves.

The most interesting part of Hellari Clinton’s article is where she stresses how after WWII the United States of America was able to establish successful relationships (Commercial) and institutions in Europe and since that relationship and institutions have matured over the years. She adds that now it is time for the US to shift its focus to the next emerging business centre that is the Asia-pacific, no matter how strong the resistance back home is.

The US’s Indo-Pacific strategy can be seen as a manifestation of the above policy document of the former US Secretary of State. The strategy is viewed by the People’s Republic of China as a tool of encircling and imposing American hegemony on her. It is dubbed more or less a military alliance used by the US to encircle and as per former Chinese President Hu Jintao’s own words who referred to US policy in this region as “Malacca Dilemma” or choking points of Southeast Asia. This is because a substantial portion of China’s shipping passes through the strait of Malacca. The increasing American closeness towards Indian Union can be seen under the same perspective and the US want’s India to be its extension and counter balance against China in the region. Both the Doklam in 2017 and the current Ladakh standoff are nothing but direct fallout for India for establishing a military alliance with the US against China. In October last month India signed a defence pact for sharing satellite data for military purposes to which some defence experts are of the opinion that it will put Indian missile system under direct control of the Americans and will act as establishing a virtual US military base in the Indian subcontinent. It is noteworthy that India & US already has a military logistics pact in place with each other according to which both can use each other’s military infrastructure during peacetime. 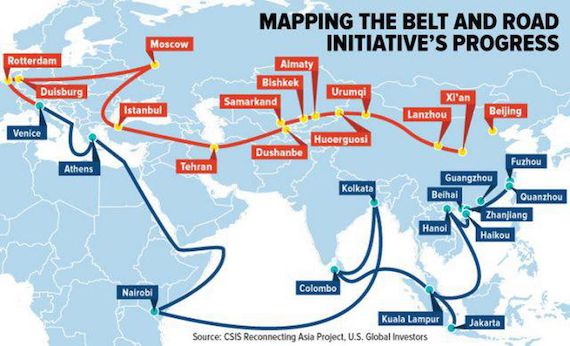 In order to counter American foreign policy China came up with BRI (Belt & Road Initiative) under which China is expected to undertake a mammoth infrastructure projects including building roads & railways, establishing trade posts and pipelines in order to again access to the resource rich Central Asia and reduce its dependence one the shipping lanes in the pacific and keep its supply line open incase of any eventuality in the Pacific theatre. Even the policy of “String of Perls” can be seen as a counter move by China to encircle India by its sea route and deny access to her supplies through sea route whenever the need arises, it’s also serve China’s critical interest of securing uninterrupted Oil supplies, CPEC which runs through the entire length of Pakistan and enters Pakistan Administered Kashmir then into China’s Xinjiang province is a major part of this strategy. From the abrogation of Article 370 of Kashmir to the opening of Kartarpur Sahib corridor are all outcomes of this geo-political tug of war between two superpowers.

The String of Pearls

Even on the economic front US and her allies through their corporate weapons called MNCs (Multinational Companies) have decided to drain and devoid of China of any further economic opportunities and instead develop its neighbouring states such as Vietnam, Laos, Cambodia Singapore & India, as an alternate destination for setting up their infrastructure. This is due to the fact that the outsourced industries from the G7 countries cannot afford to establish themselves in their home country due to high environmental and social costs and laws in their domestic market. In a counter move to this China is doing the same by bleeding India of economic opportunity & commercial market and allocating the same to her neighbours with who she has strained her relationship with, this can be gauged from the fact that per IMF report for the year 2020 India’s immediate neighbours are set to outperform her in terms of GDP. This can be attributed to China’s heavy investment in India’s neighbouring countries of Pakistan, Sri-Lanka and Bangladesh.

After WWII both the US & the Soviet Union were locked in a race to extend their sphere of influence, this led to the start of a Cold War between these two superpowers which further gave birth to economic cum military alliances be it NATO led by USA or Warsaw Pact countries led the Soviet Union. In my opinion the article by Hillary Clinton and the current Indo-Pacific oriented American policy is suggesting the beginning of a new cold war with NATO being replaced by Quad which India is a member and Soviet Union and Warsaw Pact replaced by China and its BRI respectively.
In order to exploit the rivalry between the two communists states Soviet Union and China, post a bitter border conflict between them in 1969. The US in the 1970s decided to put her weight behind China as a result China got diplomatic recognition and further this led to the economic reforms of 1979 by China also known as “Gaige Kaifang”. But in order to achieve economic supremacy China needed domestic stability which became an issue for her due to consistent unrest in its far east, be it Tibet or the province of Xinjiang. As a result all this led to a brutal crackdown of Buddhist monks in Tibet and. Uyghur muslims of Xinjiang. The infamous crackdown of Tiananman square in June 1989 where the Chinese state used tanks against its own citizens in order to crush a student reform movement.

It is the same strategy the US is applying with India being in the central place. In order to apply its policy of countering and containing China, it will be imperative for the US to boost and assist India’s economy. We all know Indian Union has around a dozen of separatist movements and a diverse heterogeneous population which is not conducive for the long term policy of both India’s ruling elite and Western world led by the USA. So for this matter Indian state has catalyzed its efforts to impose uniformity and suppress dissent and obliterate unique cultural, linguistic and religious identities. From imposing Hindi on non-Hindi residents of the Indian union coming out with New Educational policy and moving assisting concentration of economic power in the hands of powerful capitalist business houses thorough draconian economic policies like anti farmer bill passed by the Indian Parliament in September this year or privatizing & selling off Public Sector Undertakings. In order to Both fulfill and accommodate the western economic interests the Indian state is currently trying to streamline the political discrepancies somewhere either through dialogue such as working on Naga accord and other separatist groups in the North-East using military might in Kashmir and using wait and proceed policy in Panjab. 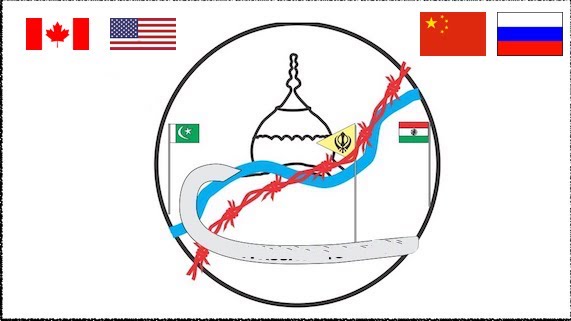 Currently, when on the one hand the Indian subcontinent is taking a centre stage in the geo-political tug of of war between China and US, we the Sikhs of Panjab should develop a thought process on as to how we can exploit this situation for safeguarding our interests and security of Panth, opening of Kartarpur corridor and visiting of Chinese ambassador Mr Sun Weidong to Darbar Sahib complex signify that they indeed recognize Sikhs as a major political force. In future a time may come that Indian union out of strategic compulsion may invite Sikhs on the table in order to seek our cooperation in an impending future conflict, or a Jatha (group) may be require to learn and master the skill of diplomacy for future lobbying with the Chinese, the same way Zionists did in the US congress and Moscow while negotiating the establishment of the state of Israel. Materialist slavery driven geopolitics shall bring the opportunity of freedom and liberation to Khalsa Panth, the question is are we prepared of capable to prepare the next generation.