US troops are leaving Afghanistan after two decades. Sikh Siyasat News (SSN) has analyzed reports about current developments in Afghanistan, and how these developments would impact the world and India? A brief compilation is as follows:-

According to media reports, the present situation in Afghanistan is such that violence has re-surged after the US military began the withdrawal of its last remaining 2,500 troops from the country to meet the September 11 deadline announced by US President Joe Biden to end America’s longest war.

AlJazeera reports that [a]bout 5,000 Afghan families have fled their homes in Kunduz after days of fighting between the Taliban fighters and government forces, officials said on Saturday, as the deadline looms for US-led troops to withdraw.

“Heavy fighting has also been reported in the provinces of Kandahar and Baghlan, where the Afghan forces claimed to have retaken areas from Taliban control but the armed group still held on to parts of Pul-e-Khumri area in central Baghlan, according to local media.The Afghan army is fighting a tough battle against the Taliban with public support in Baghlan and Paktia province. The Taliban has taken control of dozens of districts since US-led NATO foreign forces started their final withdrawal in May”, AlJazeera report reads further. 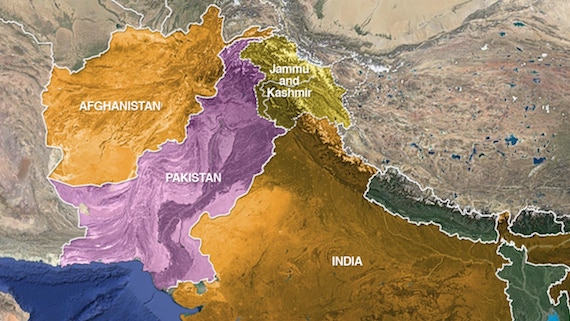 Even though the present Afghan leadership has promised a fight to Taliban, the return of the Taliban in Kabul will be seen as its victory and have long standing ramifications on an already unstable world.

Is Taliban Sweep in Afghanistan Imminent?

Analysts are making contradictory statements on this point. Some analysts are saying that “the Taliban continue their violent sweep across Afghanistan”, while some others say that “the prediction of an imminent sweep of Afghanistan by the Taliban appears to a hurried one as neighbours of Kabul like India, Russia, Iran and Central Asia understand the security ramifications of emirate, as it will give rise to Sunni fundamentalism as witnessed before the rise of the Pashtun group in early 1990s”.

A report in Hindustan Times (HT) notes that there are fault lines within the Taliban with the rise of Mullah Mohammed Yaqoob, eldest son of Taliban supreme leader Mullah Omar, who declared himself as the commander of the faithful in Kandahar in April 1996.

“With the present Taliban leader Hibatullah Akundzada being more of a cleric, the contest is between his deputies – Sirajuddin Haqqani and Mullah Yaqoob, who has the legacy of his mujahideen father”, the report reads.

HT report further notes that [t]he past experience of Taliban rule for the Afghan population particularly the women, Tajik, Hazara and other minorities will lead to a serious armed struggle and the country will again slip into civil war.

Neighbor Forces Will Attempt to Contain Taliban, and there by Pakistan

Analyst Shishir Gupta says: “[i]t is expected that once US and NATO forces exit Afghanistan fully, neighboring powers will start talking to each other to ensure that the Taliban is contained and with it the leverage of Pakistan and its all weather ally China in the region”. (HT)

US troops’ exit and rise of Taliban in Afghanistan will affect India.

Indian analysts suspect that the Pakistani deep state will ensure that India will be impacted on the security front by the rise of Taliban at least in the Jammu and Kashmir region with eastern Afghanistan providing strategic depth to groups like JeM and LeT.

They say that India can’t just rest assured putting its reliance on Westren powers, and ‘India’, analyst Shishir Gupta says, ‘will have to take proactive steps to ensure that the present regime challenges the Taliban insurgents and the Afghan army does not give a walkover to the insurgent group’.

Deadline to Withdraw US Troops

It is notable that the month of May was the deadline for the US forces to withdraw from Afghanistan as part of an agreement between the Taliban and the US under former US President Donald Trump signed in the Qatari capital, Doha, in February 2020. 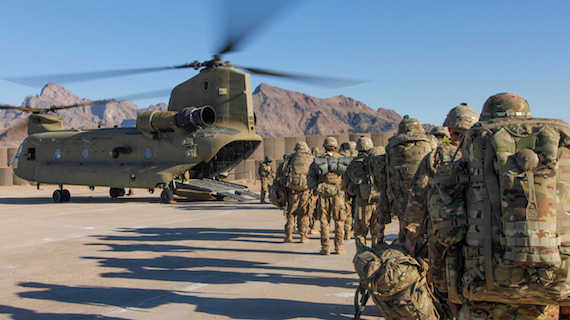 Trump’s successor President Joe Biden extended the deadline to September 11, which coincides with the 20th anniversary of the US invasion of Afghanistan following the attacks on New York and Washington, DC, by al-Qaeda.

US perspective on Future of Afghanistan

Amid the rising violence, Afghan President Ashraf Ghani visited Washington last week to meet with US president Joe Biden, who pledged US support to Afghanistan but said Afghans must decide their own future.