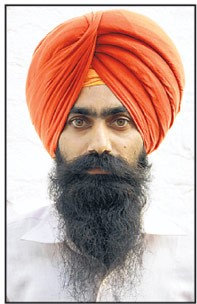 According to police claims Sunny was arrested on November 9, 2014 from Dhobiana Basti of Bathinda by CIA Staff Bathinda on a secret tipoff.

The police claim to have recovered explosives, revolver and live cartridges from him. He was booked under sections 10, 13, 18 and 20 of UAPA besides various section under the Arms Act.

Punjab police had claimed at the time of his arrest that Sunny had was in contact with Bhai Jagtar Singh Taraand he had received armed training in Thailand and Malaysia.

Baba Hardeep Singh Mehraj and some other Sikh bodies were following this case and recently the High Court granted bail to Sunny.