Chhattisgarh: Human rights lawyers in Chhattisgarh must be protected from threats, harassment and intimidation by the police and non-state actors, said Amnesty International India today.

Isha Khandelwal and Shalini Gera, members of the Jagdalpur Legal Aid Group (JagLAG), say they are being evicted from their home and office in Jagdalpur following police pressure on their landlord. They have faced numerous instances of harassment which appear to be intended to prevent them from carrying on their work.

JagLAG provides free legal assistance to prisoners in five districts in Chhattisgarh, many of whom are members of Adivasi communities accused of being part of Maoist armed groups.

“The Chhattisgarh government must recognize the crucial role that human rights lawyers play in upholding the rule of law, and investigate any threats they may face,” said Makepeace Sitlhou, Campaigner at Amnesty International India. 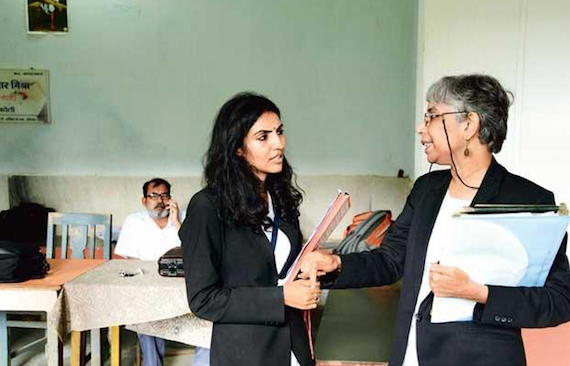 On the night of 17 February, police officials visited the home of the lawyers’ landlord, and took him to a local police station. The landlord returned the next morning and told the lawyers that he had “no choice” but to ask them to vacate their home and office. “He was asked by the police to ensure that we vacate the house within a day or two”, said Shalini Gera. An official at the police station told Amnesty International India that the landlord had been questioned on a different matter.

Later that day, members of an anti-Maoist group with links to the state police held a demonstration against JagLAG, accusing them of being defenders of Maoists. The group has also held a public meeting and issued a press statement in which it accuses the lawyers of supporting ‘bloodthirsty Maoists’.

Since 2013, the lawyers have worked on several cases related to human rights violations allegedly committed by the police and other security forces in the state. Among their clients is Santosh Yadav, a freelance journalist arrested on fabricated charges of rioting, murder and membership of a banned armed group. In recent months, the lawyers have also assisted several Adivasi women to file formal complaints in cases of rape and sexual assault allegedly committed by security forces.

The lawyers have carried out research which shows that Adivasi people in the state are frequently arrested by the police on little evidence, and spend long periods in pre-trial detention in overcrowded jails before being acquitted by courts.
Senior police officials in the state have informally accused JagLAG of being Maoist sympathisers. Last year, based on an anonymous complaint that the lawyers did not have the correct credentials to practice law in the region, police officials called them in for questioning.

In October 2015, the local bar association passed a resolution prohibiting JagLAG lawyers from practicing in local courts. The lawyers have challenged the resolution in court. They also say that other lawyers who work with them have been harassed and threatened by members of the bar association.

Amnesty International India urges the Chhattisgarh government to ensure that the lawyers are able to carry out their professional duties without intimidation, hindrance, harassment or improper interference, in accordance with the UN Basic Principles on the Role of Lawyers.