Amritsar/ Chandigarh: A day after a majority of the state executive members of the Aam Aadmi Party (AAP) announced to remove Sucha Singh Chhotepur from the party convener’s post; state in charge Sanjay Singh yesterday (on May 12) claimed that the executive meeting was ‘invalid’.

Reacting to the news of his removal AAP’s state convener Sucha Singh Chhotepur also claimed that the meeting was invalid as state executive are required to hold at least four meetings in a year, which were already held under the presence of state affairs in-charge Sanjay Singh.

Sanjay Singh’s first reaction to the reports in the media came through a tweet: “Whatever appeared in newspapers today about Punjab convener Sucha Singh Chhotepur is baseless.” 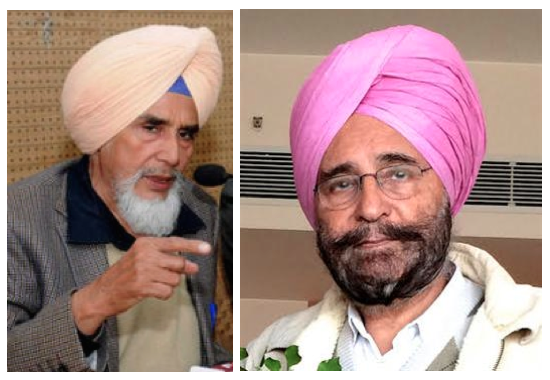 Similerly, Sucha Singh Chhotepur posted on Facebook: “I would like to tell all volunteers that the news is only a rumour. Keep working hard for the party in Punjab.”

On the other hand, Dr Daljit Singh, in charge of the party’s disciplinary committee for Punjab and member of the state executive, said, “I can only laugh at Sanjay Singh’s tweet”.

He said that five out of 8 members of the state executive committee, including himself (Dr. Daljit Singh), Harinder Singh Khalsa, Bhagwant Mann, Prof. Sadhu Singh and Yamini Gomer, had decided to remove Sucha Singh Chhotepur from the convenership of the Aam Aadmi Party.

“How can he call the decision taken by the state executive as baseless? Though we are not here to fight, I would like to tell him that he is not above three elected MPs and the constitution of the party”, he added.

Sanjay Singh, however, maintained, “How can they call a meeting without informing the convener of the party? They did not even bother to call me to apprise of any such meeting. Such decisions are not taken this way. Ideally, the meeting has to be called by the convener. The aggrieved members can tell him that they have some issues to discuss. After the convener calls a meeting, they can make their point in a democratic way and reach any conclusion.”

On the other hand Dr. Daljit Singh has maintained that as per constitution of the Aam Aadmi Party, state executive is vested with the powers to remove state unit convener and AAP’s central leadership has nothing to do with it. “We have informed the central leadership about state unit’s decision, they should not mistake it that some sort of approval is sought from them, as no such approval is required as per the party constitution” he added.

Reactions and counter-reactions by rival groups in the party indicate that Punjab is set to be the next battleground for party leaders, notes The Tribune (TT).