Beijing: China while criticising India of allegedly breaking UN limits on nuclear arms and long range missiles, has vouched for Pakistan that it should be accorded the same “privilege”, state-run Chinese media said on Thursday as it denounced New Delhi for carrying out Agni-4 and 5 missile tests .

The state media reportedly further said “India has broken the UN’s limits on its development of nuclear weapons and long-range ballistic missile”. 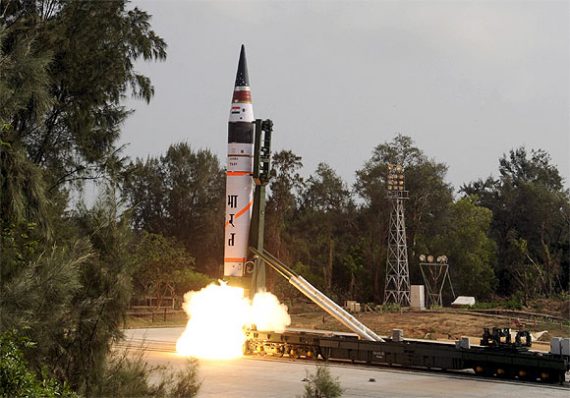 “New Delhi is no longer satisfied with its nuclear capability and is seeking intercontinental ballistic missiles that can target anywhere in the world and then it can land on an equal footing with the UN Security Council’s five permanent members,” reads a quote in Hindustan Times (HT) from the editorial in the daily Chinese vernacular.

However, while accusing India of violating limits imposed by UN on nuclear and long-range missile development, the editorial said “if the Western countries accept India as a nuclear country and are indifferent to the nuclear race between India and Pakistan, China will not stand out and stick rigidly to those nuclear rules as necessary” said the media reports.