Claiming Copyright On Relay Of Divine ‘Gurbani’ By A Company Amounts To Act Of Desecration: Kultar Sandhwan

Chandigarh, (January 13) The Aam Aadmi Party (AAP), Punjab, has described the claims of ownership on relay of the holy Sarb Sanjhi Gurbani from Sri Darbar Sahib by any company or an individual, as an act a tantamount to sacrilegious act.

In a statement issued from party headquarters in Chandigarh on Monday, senior leader of the party and Kotkapura legislator, Kultar Singh Sandhwan, lamented that the Badal clan, which had ruled the state for longer spans of time, had virtually demolished the rich Sikh traditions, and had undermined the authorities of the iconic Sikh institutions, like Sri Akal Takht Sahib and the Sikh Gurdwara Prabandhak Committee (SGPC) 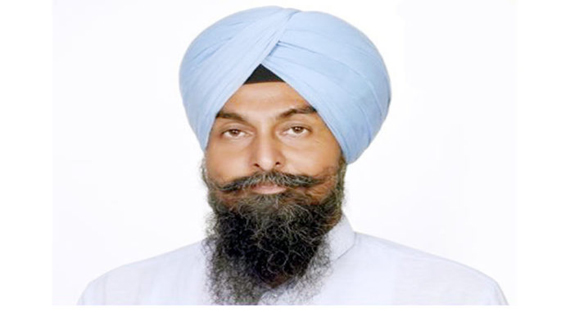 Sandhwan said that the move, terming the broadcast of Gurbani Kirtan from Sri Darbar Sahib by PTC channel, owned by the Badal  family, as their personal property possessed  at a price, had deeply hurt the religious sentiments of the teeming millions of Nanak Naam Leva Sangat across the world, demanding that Jathedar of Sri Akal Takht Sahib should direct the SGPC to initiate action against the individual or company, which was trying to  monopolize the broadcast of Sarb Sanjhi Gurbani as their personal property and let the mammoth ‘sangat’ enjoy the divine renderings of the Gurbani unhindered.
The AAP MLA said that the act not only amounted to disrespect to the scared Gurbani but had also deprived the common Sikh and  other Nanak Leva ‘Sangat’ of listening to the divine hymns at their convenience. The apex body of the Sikh should to initiate action against the political who’s who, committee honchos, office-bearers and members involved in the sacrilegious act, saying that the management of the SGPC should be got freed from the Badal caucus and entrusted to those who could restore the apex body of the Sikh to its old glory.

It is worth mentioning that the divine kirtan relayed from Sri Darbar Sahib, Amritsar Sahib, and other religious places of the Sikhs, had been targeted by certain vested interests claiming to have their copyright in their names on scared ‘gurbani’ and ‘hukamnamas’ (edicts), an act that had played a cruel joke on the Sikh sentiments.  They have been The AAP leader said that the Badals had betrayed the Sikh community for over two decades now and had now claimed copyright on the ‘hukamnama’ by Sri Durbar Sahib, saying the top Sikh institutions were trying to implement the order through other means, which included slapping  notices to defamation against certain internet portals.