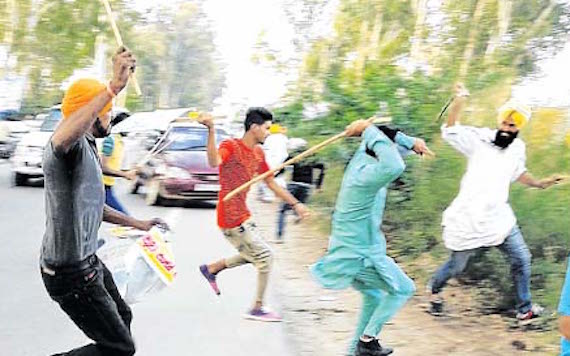 As per media reports, the clash took place when Harbrinder Kaur reached the rally venue along with her supporters, demanding ouster of AAP’s state youth wing leader Manjinder Sidhu contending that he was also involved in the incident in which she was thrashed by policemen in full public view outside a marriage palace in Tarn Taran on March 3, 2013. 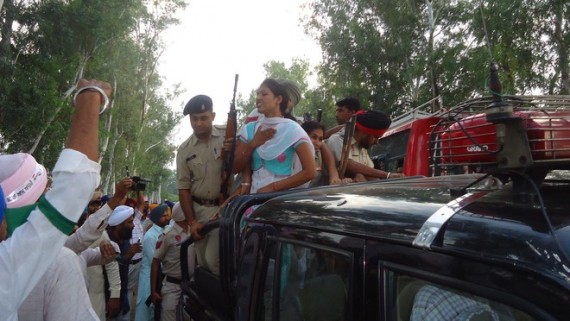 Manjinder Sidhu was also present on the dais along with other AAP leaders when the clash broke out.

The police intervened and detained a few persons from both sides. No case was registered till the filing of this report. 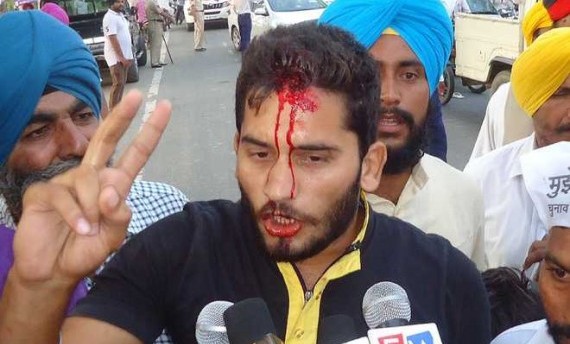 Later, AAP’s Punjab convener Sucha Singh Chhotepur blamed the administration for the act perpetrated by Harbrinder Kaur and warned her against disrupting the party’s rallies.