Clash in Darbar Sahib complex over sloganeering; 7 injurred; Around 25 youth detained by Police

It is notable that sloganeering had started soon after the Akal Takhat Jathedar finished his message to the Sikh panth. 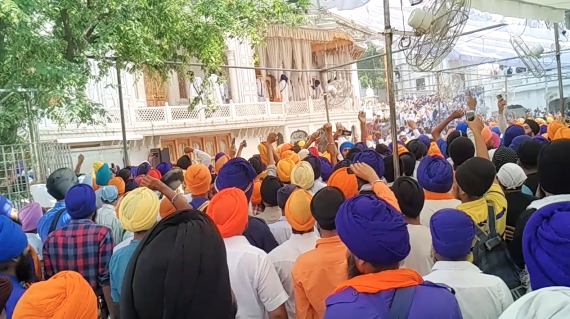 Sikh youth groups raised Khalistan Zindabad slogans in front of Akal Takhat Sahib for about half an hour.

Sources told Sikh Siyasat News (SSN) a group of young Sikhs kept on raising slogans in the Parikarma. In the afternoon this group was confronted by SGPC’s task form which resulted in clash.

Sincere Sikh circles have expressed grave concerns over these clashes.