Amritsar: A 29 years old British Sikh was also arrested by Punjab police from Darbar Sahib complex on June 06. Dapinder Singh, who hails from Derby in England, was one of the youth arrested by the Punjab police after a clash broke out between SGPC’s task force and a group of youth who were raising slogans with in the Pariarma of Darbar Sahib complex.

He is reportedly trying to get in touch with the New Delhi based UK consulate. 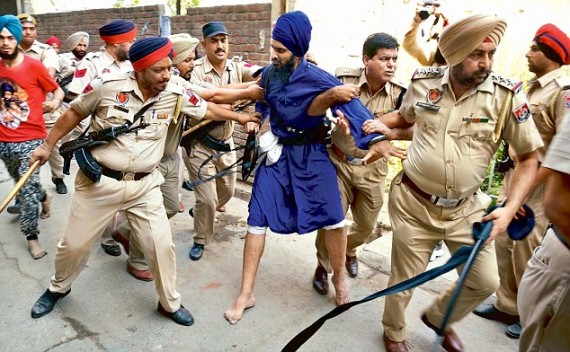 It may be recalled that SGPC task force and a group of youth had clashed on 6 June afternoon, about 4 hours after the conclusion of Ghallughara samgam. The clash took place when a groups of youth was raising slogans in Darbar Sahib’s Parikarma and the SGPC task force tried to stop them. According to police 7 persons were injured in this clash.