Dera Baba Nanak: Punjab Chief Minister Captain Amarinder Singh on Monday said Navjot Singh Sidhu’s decision to go to Pakistan for their ground-breaking ceremony of Kartarpur Corridor was “his way of thinking” but he personally could not think of going there “while Indian soldiers and civilians were being killed by them”. 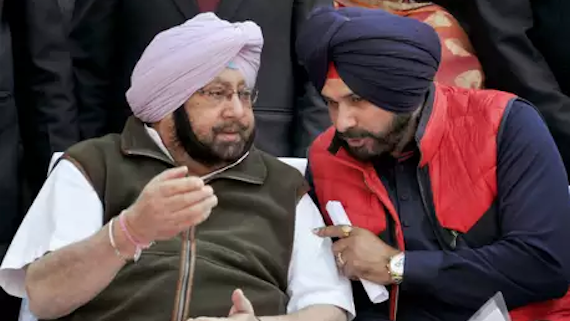 Putting in his ultra-nationalist stance he said that as an army man, he could not tolerate the alleged killing of innocent Indians. He pointed that even today an Indian army personnel was killed by Pakistani snipers. He could not go to the neighbouring country in these circumstances, he said, in an informal chat with mediapersons after laying the foundation stone for Kartarpur Corridor”.

As for the Central Government’s decision to send its ministers to the Pak ceremony, the Chief Minister said it was for them to do as they deem fit but he personally felt thought should have been more sensitive to the feelings of Indian soldiers and citizens.