Amritsar, Punjab: Stating that the cat is out of the bag, the Dal Khalsa today fired a salvo against the SGPC accusing the so-called premier institution of the Sikhs for playing a fraud on Sikhs. The organization has stated that committing sin, the SGPC has killed Nanakshahi calendar systematically and buried it secretly.

Party spokesperson Kanwar Pal Singh said the SGPC has printed and released the new-year calendar as per Bikrami taking the Sikhs prior to the era of 2003. He said the only thing that SGPC has retained is the title of calendar i.e Nanakshahi Samat. 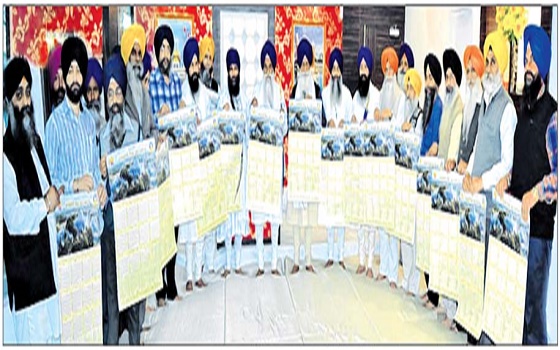 With the SGPC reverting to Bikrami calendar arbitrarily and unilaterally, the committee formed by Jathedar Akal Takht to look into the calendar controversy stands irrelevant, he points out. Taking exception over the Jathedar Akal Takht’s version for releasing this Bikrami based calendar as temporary one until the committee submits its report, he said Jathedars’ have made mockery of the community and belittled their position by surrendering their authority before their political masters.

“The calendar is not the property of any particular Samparda, any so-called Samaj, institution/organization or person. It’s the collective asset of the Sikh Panth”. Admitting that there was deep division within the community on calendar issue, he said until there was resolution to the dispute, how can the SGPC break the status quo (referring to amended version of 2010) single-handedly on its own.