New Delhi: The confession statement made by member of the Rashtriya Swayamsewak Sangh (RSS) and one of the main accuse in the 2007 Hyderabad’s Mecca Masjid blast case, Swami Aseemanad has reportedly gone missing while it was in a lower court’s custody.

Aseemanad’s Confession Document which is available at various news sites.

It is reported by the media sources that the missing document came into light when chief investigating officer and Central Bureau of Investigation (CBI) SP T. Rajah Balaji began recording his evidence on Tuesday. He filed the first chargesheet in the case, before it was transferred to the National Investigative Agency (NIA).

Rajah Balaji found that that the key two-page document, in which Naba Kumar Sarkar – aka Aseemanand – had explained the alleged conspiracy to the CBI, was missing. “The document, marked as “Memo of Disclosure” No 88 in NIA chargesheet, reportedly contains names of senior RSS leaders,” notes Times of India (ToI) in its report.

According to investigators, the document is crucial and could seal the self-styled godman’s fate in the case. 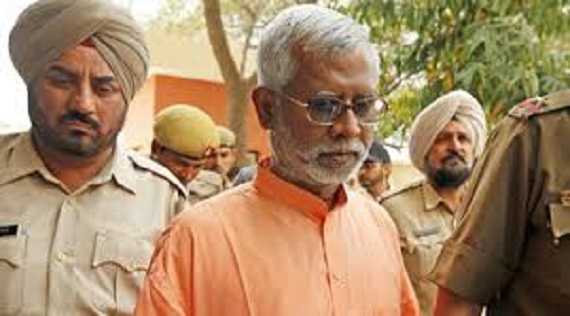 The case has faced several setbacks in the past. The CBI examined 68 witnesses, but 54 of them – including Defence Research and Development Organisation scientist Vadlamani Venkat Rao – have turned hostile.

On May 18, 2007, the explosion of a crude bomb, planted allegedly by the Pro-Hindutva organisation Abhinav Bharat, killed nine people and injured at least 58 when thousands of people had gathered for Friday namaz at the Mecca Masjid, considered to be one of the holiest Muslim shrines in Indian sub-continent.

Swami Aseemanad who is the primary accused in a number of bomb blasts including Mecca Masjid, Ajmer, Samjhauta Express and Malegaon that occurred between 2005 and 2007, was granted bail in April 2017, notes The Wire in its report.