Tarn Taran/Amritsar: A group of 51 Sikh activists under the banner of  Alliance of Sikh Organizations (ASO) on Sunday (March15) held a demonstration outside the residence of Congress MLA from Patti, Harminder Singh Gill, reminding him their government’s failure in Bargari beadbi and Behbal Kalan police firing cases. 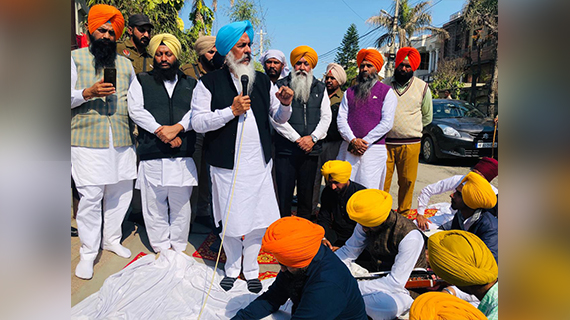 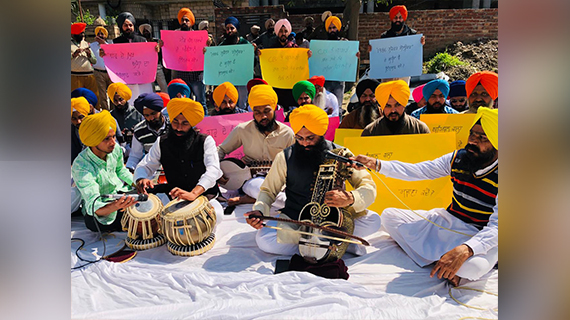 Harminder Singh Gill opened the gate of his house and listened to Gurbani kirtan and questions raised by Sikh activist Sukhdev Singh Phagwara about the role of the state government in allegedly sparing those guilty in the case, notes a written release issued by ASO. 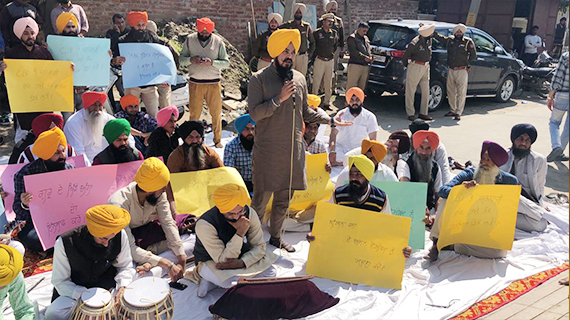 Sukhdev Singh Phagwara said, “It is unfortunate that the state government has not taken any action against the masterminds of beadbi of Guru Granth Sahib. Nor any action has been taken against those behind firing at protesters at Behbal Kalan and Kotakpura. We are hoping that MLA Harminder Singh Gill, who has been president of All India Sikh Students Federation (AISSF), would raise the issue with the government.” 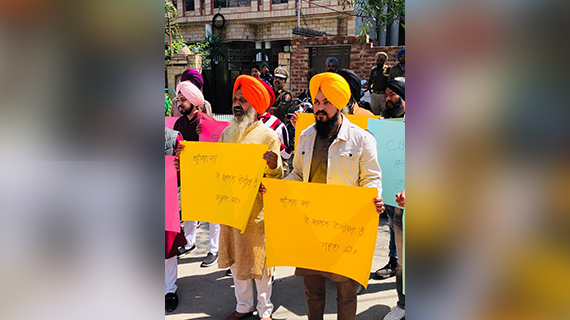 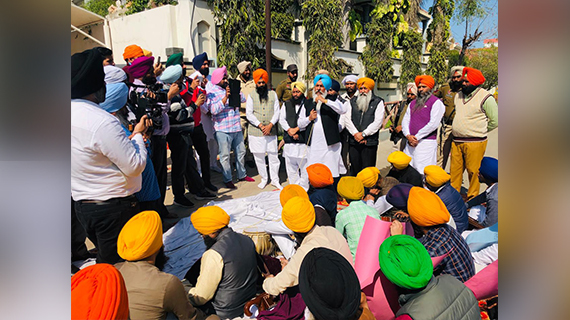 As per HT, Harminder Singh Gill said: “I agree the justice has not been delivered in these cases. I have raised the issues many times in Punjab Vidhan Sabha. I will again convey your demands to chief minister Captain Amarinder Singh.”